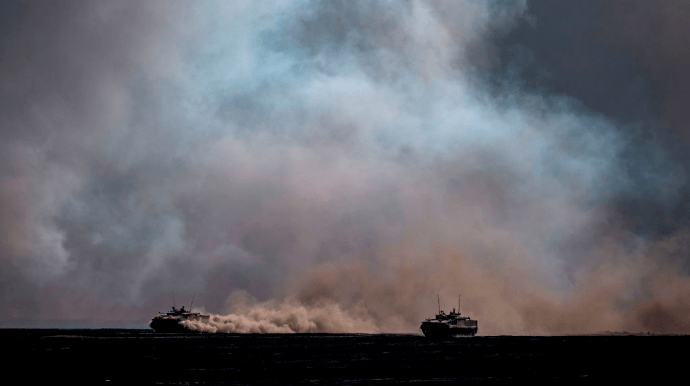 In the Nikolaevsky direction, the invaders stormed the Blagodatnoye area and achieved partial success.

This was announced by the General Staff of the Armed Forces of Ukraine in the morning report from the front as of August 22.

On the Volyn, Polessky and Seversk directions without significant changes. The enemy fired cannon artillery at the districts of Yekaterinovka and Obodov in the Sumy region.

In the Slavic direction , the enemy continued to shoot at Dibrovnoye, Mazanovka and Dolyna. He tried to advance in the directions of Dovgenkoe - Dibrovno, Brazhkovka - Novaya Dmitrovka, but had no success, retreated.

In the Kramatorsk direction , there were shellings near Razdolevka, Grigorovka, Verkhnekamensky, Dronovka and Serebryanka. The enemy is trying to advance in the direction of Controversial - Vesele, the fighting continues.

In the Bakhmut direction, the enemy fired from cannon artillery and MLRS in the areas of the settlements of Soledar, Zaitsevo and Belogorovka. He led an offensive in the directions of Vershina - Kodema and Gladosovo - Kodema, but had no success. On the directions of Stryapovka - Soledar, Pokrovskoye - Bakhmut, Maiskoye - Kodema, Semigorye - Zaitsevo and Gladosovo - Kurdyumovka, hostilities continue.

In the Avdeevka direction, the enemy fired from cannon and rocket artillery near Experienced, Maryinka, Peski, Avdeevka and Nevelskoye. He tried to storm in the directions Spartak - Experienced, Novoselovka Second - Krasnogorovka, Donetsk - Pervomaiskoye, Sands - Nevelskoye, Lozovoe - Nevelskoye, but had no success.

In the Novopavlovsk direction , there were artillery shellings near Ugledar, Velikaya Novoselka and Pavlovka.

In the Zaporizhzhia direction, the invaders carried out a fire defeat in the areas of Dorozhnyanka, Novoselka and Malaya Tokmachka. Near the latter and Olgovsky, air strikes were carried out. The enemy was advancing in the direction of Makarovka - Vremovka, had no success, retreated.

The enemy ship grouping in the waters of the Black and Azov Seas is focusing its efforts on blocking civilian navigation in the northwestern part of the Black Sea and hitting military installations and infrastructure deep in Ukraine.