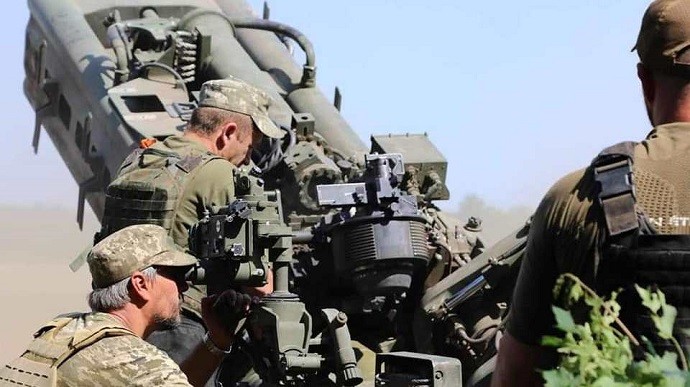 This was announced by the General Staff of the Armed Forces of Ukraine.

The enemy does not stop conducting offensive operations in the Eastern Operational Zone in order to:
The enemy continues to launch missile strikes on critical civilian infrastructure on the territory of Ukraine.

In the Seversk direction, the enemy shelled civilian and military infrastructure in the areas of the settlements of Tovstodubovo, Bachevsk, Glukhov and Manukhovka, Sumy region.

In the Kharkov direction , the enemy launched artillery strikes in the areas of Kharkov, Stary Saltov, Korobochkino, Pechenegs, Dementievka and Zolochev. Activated the activities of sabotage and reconnaissance groups.

In the Slavic direction , the enemy is shelling civilian infrastructure from artillery in the areas of the settlements of Bogorodichnoye, Krasnopolye, Kurulka, Krasnoe, Rodnoe and Krasnaya Polyana.

In the Severodonetsk direction , the enemy fired from tanks, mortars, cannon and rocket artillery near Lisichansk, Severodonetsk, Belaya Gora, Volcheyarovka, Disputed and Berestovoye. Inflicted air strikes on the settlements of Lisichansk and Borovskoye. Fighting continues for the city of Severodonetsk.

The occupiers were advancing in the area of the settlement of Mirnaya Dolina, the fighting continues. The offensive actions of the enemy in the region of Borovskoye were successfully halted by Ukrainian soldiers.

In the Bakhmut direction , the enemy fired at the positions of the Armed Forces of Ukraine with artillery near Nikolaevka, Berestovoye and Novoluganskoye. He is trying to improve the tactical situation and take control of the existing lines of communication under fire control.

In the Novopavlovsky direction, the enemy exerted fire influence in the areas of the settlements of Antonovka, Vugledar and Zolotaya Niva.

The Ukrainian soldiers involved in the sabotage and reconnaissance groups discovered and defeated. The remnants of the enemy DRG fled in a panic.

The enemy did not conduct active hostilities on the Avdiivka, Kurakhovsky and Zaporozhye directions . In order to prevent the transfer of reserves to threatening directions, the enemy fired on Ukrainian troops in the areas of the settlements of Avdeevka, Umanskoye, Vesele, Novobakhmutovka, Gulyaipolskoye, Belogorye and Staroukrainka.

As part of the logistics support, the occupiers are trying to clear the waters of the seaport of Berdyansk.

In the South Buzh direction , the enemy did not conduct active operations. Defend and try to conduct a counter-battery fight. Inflicted an air strike on the positions of the Armed Forces of Ukraine in the area of the settlement of Belaya Krinitsa. Ukrainian aviation in the relevant areas hit the enemy's retaliatory clusters.

Ukrainian partisans continue to resist in the temporarily occupied territories.