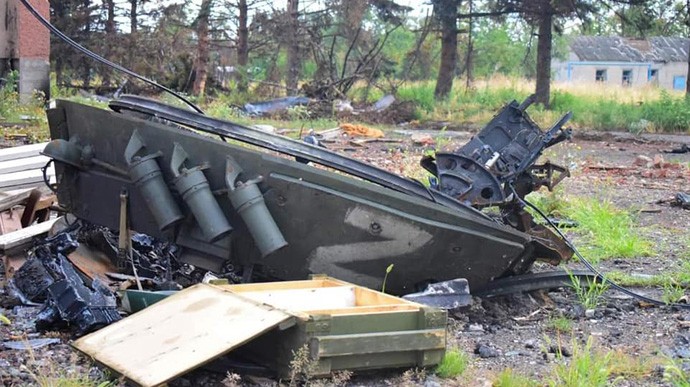 The invaders suffered losses in the direction of Belogorovka-Verkhnekamensky.

This was announced by the General Staff of the Armed Forces of Ukraine in the evening report from the front.

In the Seversk direction, the enemy fired artillery from the villages of the Chernihiv and Sumy regions. The enemy used reconnaissance aircraft and UAVs for aerial reconnaissance.

In the Slobozhansky direction, the invaders are trying to hold the occupied lines and prevent the advance of Ukrainian units. The enemy is trying to expose the defense system of the Ukrainian defenders and reveal the firing positions of artillery.

In the Kharkov direction, the Russians fired artillery at Kharkov, Rubizhnoye, Chuguev and other settlements.

In the Slavic direction, the Russians also fired artillery at 10 settlements.

Near the settlement. Apiary, with the help of a reconnaissance group, the enemy tried to expose the positions of the Ukrainian troops, but to no avail. The group of invaders has been neutralized.

In the Donetsk direction , the enemy continues to attempt to improve the tactical situation in the directions of the cities of Kramatorsk and Bakhmut by assault actions.

In the Kramatorsk direction, the enemy carried out shelling near Kriva Luka, Disputed, Grigorievka, Vyemka, Seversk and Dronovka. Launched an airstrike near Serebryanka. He led assault operations in the direction of Belogorovka - Verkhnekamenskoye, suffered losses and retreated.

Enemy assaults in the village of Berestovo and in the directions of Vladimirovka - Soledar and Roty - Semigorye were successfully repulsed by Ukrainian soldiers. The enemy retreated with losses.

On the Avdeevsky, Novopavlovsky and Zaporozhye directions , the enemy did not conduct active offensive operations.. Shelling of the areas of Peskov, Konstantinovka, Avdiivka and Gulyaipol was recorded.

In the Yuzhnobuzh direction, the Russians are defending themselves and are trying to prevent the Ukrainian defenders from advancing deep into the temporarily occupied territory.

In the Black Sea there are two carriers of sea-based cruise missiles of the Caliber type.

It is reported that the Russian occupiers continue to actively use prohibited types of weapons - phosphorus and cluster munitions.

It is noted that it is increasingly difficult for the enemy to make up for losses, especially in manpower.