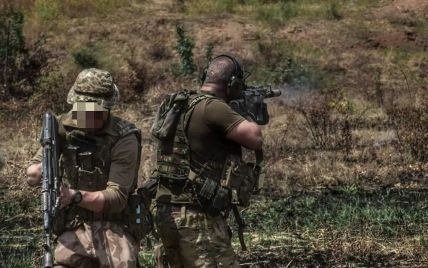 This was reported by the General Staff of the Armed Forces of Ukraine in the morning report from the front.

In the Kharkov direction, the enemy put forward separate units in the areas of Bayrak and Dementievka, after a fire defeat, withdrew. Fired from cannon and rocket artillery in the areas of Kharkov, Chuguev, Protopopovka, Gusarovka, Cherkasy Tishkov, Petrovka and Rtishchevka. Launched an airstrike near Upper Saltov.

In the Kramatorsk direction, the enemy fired from tanks and artillery at the areas of Serebryanka, Seversk, Zvonovka and Donetsk. Launched airstrikes near Serebryanka. Led the assault not far from Ivano-Daryevka, had no success, withdrew.

In the Avdiivka direction , there were shellings not far from Avdiivka, Netailovoe and New York. The enemy used aircraft near Novobakhmutovka, Avdeevka and Krasnogorovka. Led the assault in the Avdiivka area, had no success, withdrew. Fighting continues near Peski.

In addition, in the Novopavlovsk and Zaporozhye directions, the enemy tried to advance a reconnaissance group near Novopol. She's disabled. The Russians fired in the areas of the settlements of Marinka, Konstantinovka, Novoselka, Pavlovka, Volshebnoe and Malaya Tokmachka.

In the Volyn and Polesye directions , the positions and composition of the units of the Belarusian Armed Forces remain unchanged. The threat of missile and air strikes from the territory of this country remains.

In the Seversk direction , the enemy fired at the area of the village of Mikhalchyna Sloboda, Chernihiv region. The enemy periodically carries out aerial reconnaissance of our positions in the border areas of the Chernihiv and Sumy regions.

In the Donetsk direction , the enemy's efforts are concentrated on the offensive in the Bakhmut and Avdeevsky directions.

The enemy ship grouping in the waters of the Black and Azov Seas focuses its main efforts on reconnaissance, blocking civilian navigation and destroying objects deep in the territory of Ukraine.