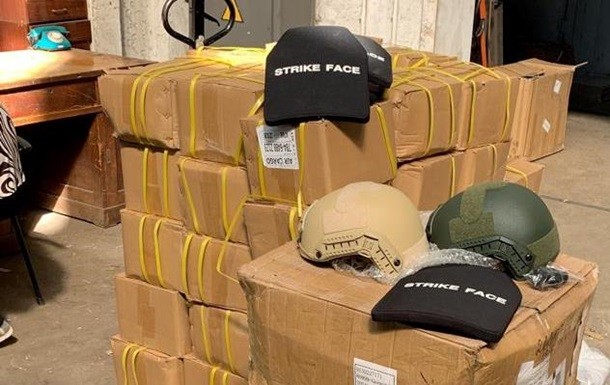 Law enforcers exposed one of the metropolitan chains of stores specializing in the sale of military goods for fraud with humanitarian aid.

This was reported on the page of the State Bureau of Investigation.

In April 2022, entrepreneurs turned to one of the capital's military units with a proposal to bring armor plates and protective helmets for them free of charge. They noted that the purchase will be made abroad, at personal expense, and as a result, the ammunition will be transferred to the defenders as humanitarian aid. For transportation only, the merchants asked the Armed Forces of Ukraine to provide a certificate that would allow them to import the relevant goods without going through customs formalities and payments to the state budget.

As a result, the attackers brought from Poland to Ukraine 1.5 thousand. armor plates and 300 protective helmets. The declared value of the goods at that moment was more than 800 thousand hryvnias. According to investigators, the market value is approximately UAH 8 million.

In the future, the entrepreneurs offered the management of the unit to conclude a sale and purchase agreement with them, and buy the goods at market value. When the military refused, the entrepreneurs began to put pressure on them.

In addition, the attackers put their goods up for sale through a network of their own stores.

On July 21, investigators of the Bureau conducted 8 authorized searches at the places of residence of these persons, in shops and warehouses. 120 thousand were seized from the attackers. unregistered firearms cartridges.

"The owner and head of the trading network was informed of the suspicion of selling goods (items) of gratuitous assistance, in order to make a significant profit, by prior agreement by a group of persons, during martial law (part 3 of article 201-2 of the Criminal Code of Ukraine). The suspects face imprisonment of up to 7 years," the SBI said.