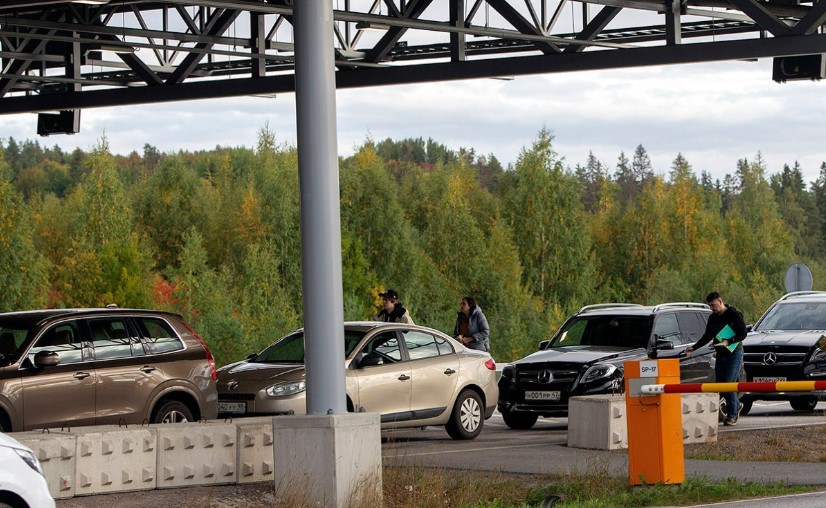 After the announcement of mobilization in the Russian Federation, the number of Russians rushing to Finland increased at least twice. In this regard, the authorities of the country in the coming days will restrict the entry of all citizens of the Russian Federation.
According to Reuters, citing border services, on Thursday, September 22, 7,000 people entered the country from Russia. Of these, 6,000 turned out to be citizens of Russia. This is 107% more than a week earlier.
Three of the departed Russians asked for asylum in Finland. A week earlier, no such statements were received from anyone, the country's authorities reported.

“Compared to last Friday, we have more traffic. We expect traffic to remain busy over the weekend,” said Elias Laine, deputy head of the Vaalimaa checkpoint.

The Russians who arrived by car or bus are checked for documents and searched vehicles.
The office of the President of the country said that in the coming days it will restrict the entry of all Russian tourists. Only visiting friends and relatives will be allowed.

Transit on Schengen visas of other countries will also be prohibited. Thus, the Russians will be deprived of the last opportunity to enter Europe “by land”.

The simplified procedure for obtaining visas for owners of Finnish real estate from Russia is also cancelled.

Visas for humanitarian reasons, as well as work and study visas will continue to be issued.

When exactly these changes will come into force is not specified.
In addition, back in August, Finland decided to reduce the number of visas issued to Russian citizens.

Recall that from September 19, Estonia, Latvia, Lithuania and Poland closed entry for Russian citizens with tourist visas, including Schengen visas issued by third countries, including those entering from the territory of Belarus.