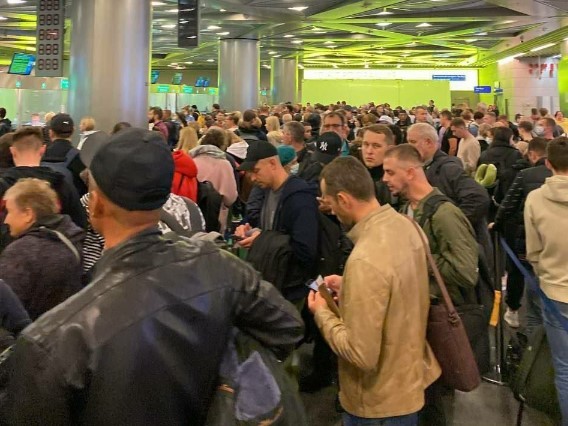 Estonian Prime Minister Kaja Kallas said in an interview with CNN that Estonia will not provide asylum to Russians who want to avoid the mobilization announced by Vladimir Putin the day before.
She noted that statements about mobilization and nuclear threats of Russian President Vladimir Putin show that he is really afraid.

"We host Ukrainian refugees. Every citizen is responsible for the deeds of his country, and Russian citizens are no exception. Therefore, we do not give asylum to Russian men fleeing their country. They must oppose the war," Kallas said.

CNN's question was asked amid active discussion on social networks and in the press of the position of countries neighboring Russia that closed entry for Russians, in particular, the Baltic countries and Poland.
According to Kallas, the war in Ukraine "does not go according to Putin's plans, so he is clearly afraid." She also noted that Estonia sees no signs that the Russian president is taking action to fulfill his nuclear threats.

"Putin is threatening to make us afraid. We must not give in an inch. In fact, we should put more pressure on Russia to stop this war. Now discontent is also growing within Russian society, because they also feel the war, so to speak, on their skin," she added.

The United States is preparing a new package of weapons...

Rashists announced the "results" of pseudo-referendums...

Rashists announced the "results" of pseudo-referendums...

The United States is preparing a new package of weapons...