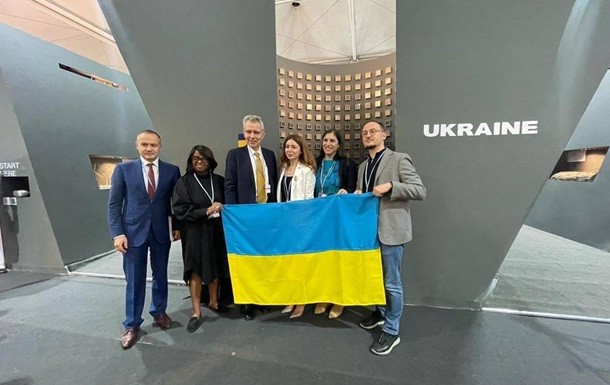 The states continue to support Ukraine "for as long as it takes", including in the restoration and transformation of the Ukrainian energy infrastructure.
This was stated by Geoffrey Pyatt, US Assistant Secretary of State and coordinator of the efforts of the G7 countries to help Ukraine restore the energy infrastructure damaged by Russian terrorist attacks, the official website of DTEK reports.

"Ukrainian society and the Ukrainian government are focused on using this moment also for energy transformation, to make sure that Russia can never again use energy as a weapon.. The United States and the American people will support Ukraine, as President Biden said, for as long as it takes.. The energy aspect is central to this support," he said during a visit to the Ukrainian pavilion along with partners from Canada, France and Germany and DTEK head Timchenko at the UN Climate Change Conference in Sharm el-Sheikh.

In turn, Timchenko said that Ukraine should play a key role in building a new energy security system for Europe, free from Russian blackmail.

"Ukraine must play a decisive role in a renewed system of European energy security, free from Moscow's blackmail. We are fully prepared for the renewable energy of the future, focused on solar, wind, hydrogen generation. And the creation of the first Ukrainian pavilion during the war is the best proof of this determination," he said.

The head of DTEK added that at the moment, the key for his company is the fastest possible restoration of networks and equipment damaged as a result of Russian terrorist attacks on Ukraine's civilian infrastructure in order to provide electricity to the population and the country's economy.

The first Ukrainian pavilion at the UN Climate Conference was organized by the Ministry of Environmental Protection and Natural Resources of Ukraine with the support of the European Union, the Government of Germany, UNDP, UN Global Compact, DTEK, Epam and UNITED24.