PMC Wagner recruited more than 1,500 prisoners for the war in Ukraine 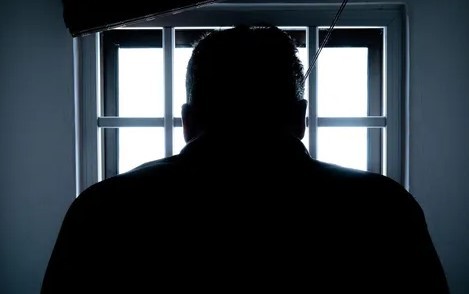 PMC "Wagner" continues to recruit Russian prisoners to be sent to war in Ukraine. It is known that they managed to lure more than 1,500 Russian prisoners to the front.
Prisoners are promised 200,000 rubles a month, paid sick leave for injury, "coffin" in case of death, and pardoning the president after six months in the war, according to "Layout" and the "Rus Sitting" fund.

According to them, recruiters began visiting Russian prisons in the spring. At first, these were only institutions for former security forces, but in the summer, recruiters switched to colonies of general, strict and special regimes.. In total, representatives of PMCs visited at least 17 places of detention in 10 regions of Russia - 14 of them were of a strict regime.

Convicts note that recruiters come in small groups and enter the territory of the colony with weapons at the ready.. As a rule, they perform in front of the prisoners in the courtyard, urging them to go “defend the Motherland”
First of all, recruiters are interested in those convicted of murder and robbery, while those convicted of sexual violence and “drug” articles are not allowed to be selected.

The main criterion for choosing candidates is physical fitness. At the next stages of selection, a person undergoes an interview and a polygraph, during which he is asked about his attitude towards the Russian authorities and whether he is going to run away to Ukraine.

Based on the information received from the convicts and their relatives, journalists and human rights activists calculated the approximate number of those serving sentences who agreed to go to war with the Ukrainians.. Among them:
At the same time, a training camp operates on the basis of IK-2 in Rostov-on-Don, where volunteer prisoners undergo training for 20 hours a day.. The first group of those trained went to war on 20 July.

The authors of the article note that from IK-19 in Komi and IK-7 in Karelia there were reports of pressure on convicts who changed their minds about fighting in the Donbass. Some of them were sent to punishment cells for refusal.

Three prisoners told human rights activists that businessman Yevgeny Prigozhin, who is considered the head of the Wagner PMC, is coming to the colony.

According to human rights activists, 12 convicts have already been wounded in battles and are being treated in Lugansk. In medical documents, instead of a name, they have call signs written. At least five other people died in the war.