Boris Johnson resigns: who can take the post of Prime Minister of Great Britain 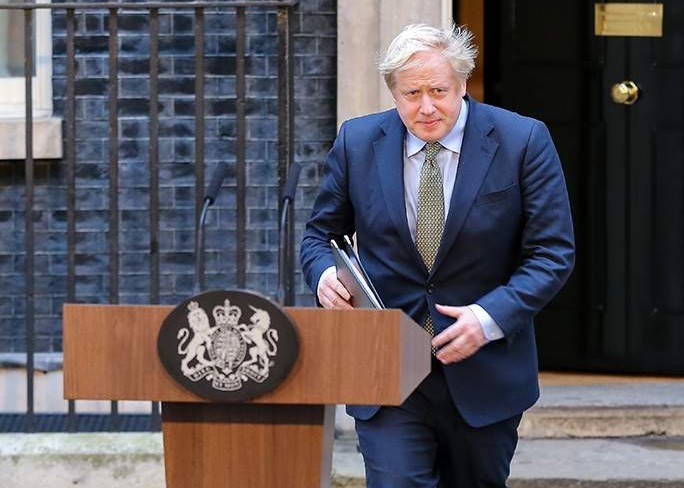 British Prime Minister Boris Johnson has officially announced his resignation. At the same time, Johnson will remain prime minister until October, while a new head of government will be selected.
Despite the resignation, the politician called on the UK to become a leader in Europe in terms of support for Ukraine.
The Conservatives have already begun the process of choosing a new head of government.
Why not in the general election?
The Conservative Party won the general election in 2019, winning 365 seats out of 650 in the House of Commons, the most since 1987, when Margaret Thatcher led the government. Therefore, the conservatives remain in power until the next election (usually held every 4-5 years, unless early elections happen) and elect the prime minister themselves.

Now what?
Politicians will put forward their candidacies, calling on fellow parliamentarians to support them. The point of nomination is not necessarily to win; it helps to gain political weight, including with an eye to occupying a position in the new cabinet. Several rounds of voting will pass, the outgoing candidates will call to support one of the remaining ones. In the final round, the two most popular politicians will meet.

Who has a better chance?
The highest chance of winning, according to the rates in one of the largest bookmakers, Ladbrokes, was in the morning with Penny Mordaunt, who served as Minister for International Development and Minister of Defense in the government of Theresa May. The bookmaker's office Coral also gave her the first place the day before.

In second place, Ladbrokes were current Secretary of Defense Ben Wallis and Rashi Sunak, who on Tuesday announced his resignation as Treasury Secretary over a disagreement with Johnson, sparking a wave of government resignations. But by mid-afternoon on Thursday, Sunak had taken the lead. Mordaunt, who is loved in the party, but which is little known to the general public, dropped to second place.

The near-simultaneous departure of Sunak and David suggests that they may run in a bundle as candidates for the post of prime minister and finance minister, which will give them more weight, writes Bloomberg.

Who are the main candidates?
Penny Mordont
She now holds a mid-level government position in charge of trade policy at the Ministry of International Trade. She and Wallis are the most popular politicians among members of the Conservative Party: in a recent poll by the Conservative Home about who should become Tory leader, Mordaunt fell just a little behind Wallis. She supports Brexit, the party believes that she has charisma and excellent leadership qualities.

Ben Wallis
Former army captain, Wallis has been minister since 2019. His popularity has grown in recent times as a result of what is believed to be competent response to Russian aggression against Ukraine. However, he has no experience in other areas.

Raji Sunak
He took over as Minister of Finance in 2020, became popular among the population during the pandemic thanks to large-scale financial assistance to households and companies. Recently, however, his fame has faded: he is criticized for his slow reaction to the recent crisis associated with the rise in the cost of living as a result of a surge in inflation; his wife was convicted of minimizing taxes; Sunak, like Johnson, was fined for attending a party during quarantine.

Sajid David
David and Sunak are not only colleagues, but also friends. David is an experienced official, headed six departments and ministries, took fourth place in the 2019 prime ministerial elections. Thatcher admirer.

Liz Truss
Another Thatcher fan is Foreign Secretary Liz Truss, who in September 2021 became the first woman to hold the post.. She is now credited with decisive action to impose sanctions against Russian oligarchs after the start of the war in Ukraine. She's also loved by the party's rank and file: Conservative Home polls topped her list of potential leaders for the year through February.

Nadhim Zahavi
He headed the Ministry of Finance after the departure of Sunak, and was previously also the Minister of Education. Worked in the chemical and oil industries, became a millionaire. Co-founder of sociological service YouGov. Gained popularity when the Ministry of Health successfully ran a vaccination campaign against the coronavirus.

Jeremy Hunt
He lost to Johnson in the 2019 premier election, but at the beginning of this year, bookmakers considered him the favorite. Headed the National Health Service. As foreign secretary, opposed to leaving the EU, he is supported by traditional centre-right conservatives, while Johnson took his place largely thanks to ardent supporters of Brexit.