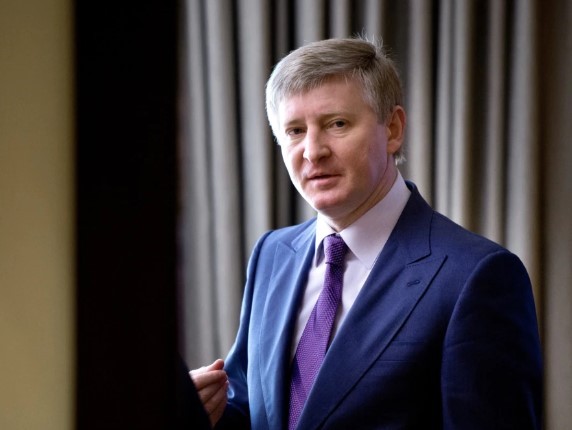 Businessman Rinat Akhmetov has filed a lawsuit against the Russian Federation with the European Court of Human Rights (ECHR) over Russia's unprovoked military aggression against Ukraine.
This is stated in the statement of the SCM group, the founder and shareholder of which is Akhmetov.

“Evil cannot go unpunished. Russia's crimes against Ukraine and every Ukrainian are egregious. The guilty must be punished. I - with the help of the best Ukrainian and American lawyers - filed a complaint with the European Court of Human Rights for damages. This lawsuit is one of the first international legal actions against Russia, the purpose of which is to stop the criminal activities of the Russian aggressor, the destruction of the Ukrainian economy and the plundering of Ukrainian assets," Rinat Akhmetov said.

The businessman asks the European court to hold the aggressor country Russia accountable for the destruction of Ukrainian infrastructure, looting and theft of export goods. He is represented by the international law firm Covington & Burling LLP.

As the owner of Azovstal and many other industrial enterprises targeted by the Russian armed forces invading Ukraine, Akhmetov is doing everything possible to hold Russia accountable for the destruction it is wreaking on Ukrainian territory, SCM noted.
But in fact, Akhmetov plans to receive significant compensation to his own structures, this is what all his efforts are aimed at, since during the hostilities his capital has decreased by 80% and in this way he wants to get it back. And the excuses of the official SCM only work as an advertising campaign. Previously received from the state for a penny and exploited by years of production, tax evasion and black trading schemes that Akhmetov organized on the territory of Ukraine in the SCM, Akhmetov himself does not comment. Many come to the conclusion that we are not talking about caring for Ukraine, we are talking about our own benefit and the profit that Akhmetov plans to get into his own pocket hiding behind the war

In addition to the lawsuit, the businessman asks the court to take urgent interim measures that will prevent further blockade of Ukrainian ports, looting, theft of grain, as well as steel produced by SCM enterprises.