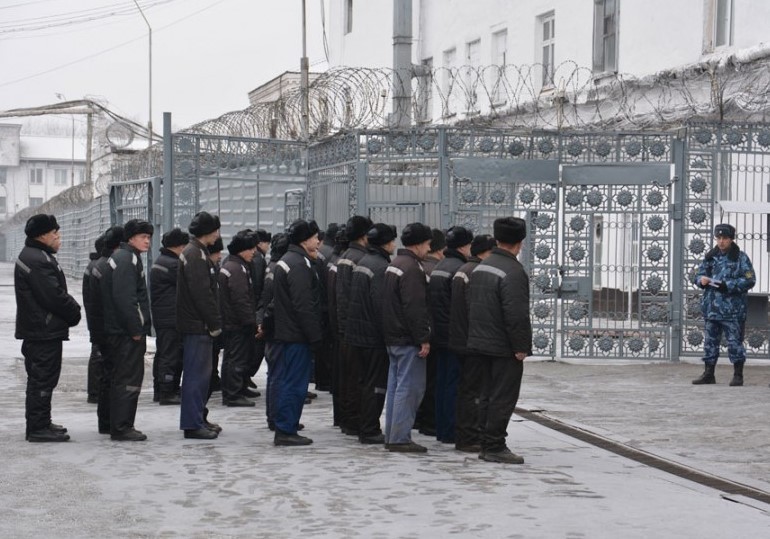 "Putin's Chef" Yevgeny Prigozhin personally visits the colonies for former security officials and agitates them to fight in Ukraine in the Wagner PMC, promising to have their convictions expunged.

Vladimir Osechkin, the founder of the human rights project Gulagu.net, spoke about this on his Facebook.
Former military, police officers, employees of the prosecutor's office in the Russian penitentiary system are serving their sentences separately from the rest of the convicts. Such colonies in the slang of convicts are called "bs-ny" - for former employees

“I am serving a term in a strict security camp, and today Prigozhin himself flew to us by helicopter and carried out campaigning, as a result, out of 800 people, about 150 people filled out questionnaires, they promise to conduct a polygraph test in a few days and take them immediately to Ukraine,” - Osechkin quotes the words of his source.

After six months of service, those who agreed to fight in Ukraine are promised a full pardon with the removal of a criminal record, plus a salary of 100 thousand rubles a month. In the event of the death of a recruited person, his family members receive compensation in the amount of 5 million rubles.
Speaking to the convicts, Prigozhin recalled that he himself had served 10 years in his time, and promised that the volunteers from
the number of convicts "will be treated with all respect".
1111
Osechkin's source claims that at least 167 people have already agreed to become volunteers.
"Putin's cook" visited two colonies in the Ryazan region, one of them is IK No. 3 in the city of Skopin. This is a strict-regime men's correctional colony for former court and law enforcement officials.

Both Prigozhin's planes have been actively moving between cities in recent days. On July 21, an Embraer Legacy 600 took off from St. Petersburg in an unknown direction (apparently, turning off the beacons), and then made another flight to an unknown location. Another plane of the Kremlin chef British Aerospace took off the same day from an unidentified city, turning off the tracking equipment. And landed in Moscow.