Weather in Ukraine on September 24-25: light rains and frosts 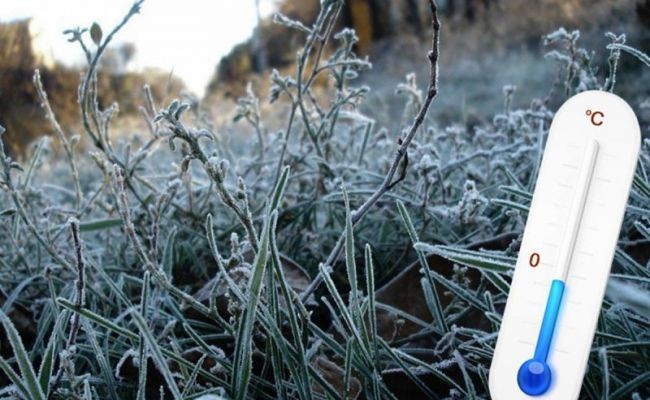 In the next two days, significant precipitation is not expected in most of the territory of Ukraine, only in the daytime of Saturday in some areas there will be small short-term rains. During the night hours on the Right Bank during clearings, frosts on the soil surface are possible in some places. And the average daily temperature is expected to be 3-5 °C below normal.

In the western part of the country, against the background of a high pressure ridge, precipitation is not expected, only in the afternoon in the Vinnytsia region there will be a slight intermittent rain. Wind northwest, 5 - 10 m/s. The air temperature at night will be +2 ... +7 ° С, on the soil surface in some places it will freeze up to -3 ° С; during the day the air warms up to +11…+16 °С. In the Carpathians, it is about 0 °С at night, +3…+8 °С during the day.

In the northern regions at night without significant precipitation, in the afternoon against the background of the rear part of the outgoing cyclone there will be light rain. Wind west / northwest, 7 - 12 m/s. The air temperature at night is +4…+9 °С, in the daytime +10…+15 °С.

In the central regions , without significant precipitation at night, in the morning and in the afternoon light, moderate rain in places, a thunderstorm is possible. West wind, 5 - 10 m/s. The air temperature at night is +4…+9 °С, during the day +10…+15 °С.

In the eastern part , no precipitation at night. Light rain will pass in the Kharkiv region in the afternoon, without precipitation in the rest of the region. West wind, 7 - 12 m/s. The air temperature will drop to +4…+9 °С at night, +12…+17 °С in the daytime.

In Kiev on Saturday, September 24, there is a chance of light rain, gusty northwest wind, and the air temperature will not exceed 12-13°.

In Kiev , it will warm up to 15-17° during the day (night frosts are possible only in the vicinity and in the region), the west wind is expected to be insignificant, gentle, and, finally, there will be no rain. 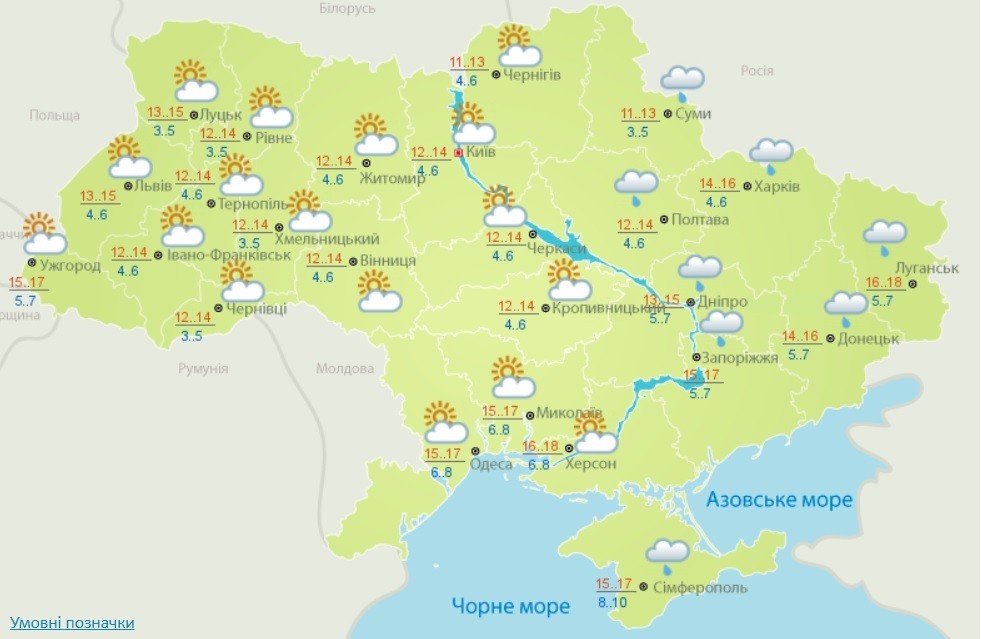 When will the rains stop in Ukraine?

As Tatyana Adamenko, head of the agrometeorology department of the Hydrometeorological Center of Ukraine, specified in a commentary to AgroPortal, excessive precipitation is observed in Ukraine.

According to her, the regions of Poltava, Sumy, Cherkasy, Khmelnytsky, Kyiv, Ternopil and Ivano-Frankivsk regions are overly humid, depending on the amount of precipitation that has fallen over the past week.

According to her forecast, after September 25, the anticyclone will affect the weather in Ukraine, after which it will be sunny and dry.

"Moisture evaporates quickly enough, but its replenishment does not always occur. Everything dries up quickly, but until September 25 we still expect rain, that is, moisture will be added. And there will be no long period without precipitation, for example, within 3-5 days," Adamenko added.

The last weekend of autumn in Ukraine will be cloudy, w...

Rains and sleet will pass in some regions of Ukraine

Rain and sleet: weather in Ukraine on November 21

The weather in Ukraine for the weekend will become unst...

Rains and sleet will pass in some regions of Ukraine

Rain and sleet: weather in Ukraine on November 21

The weather in Ukraine for the weekend will become unst...

The last weekend of autumn in Ukraine will be cloudy, w...