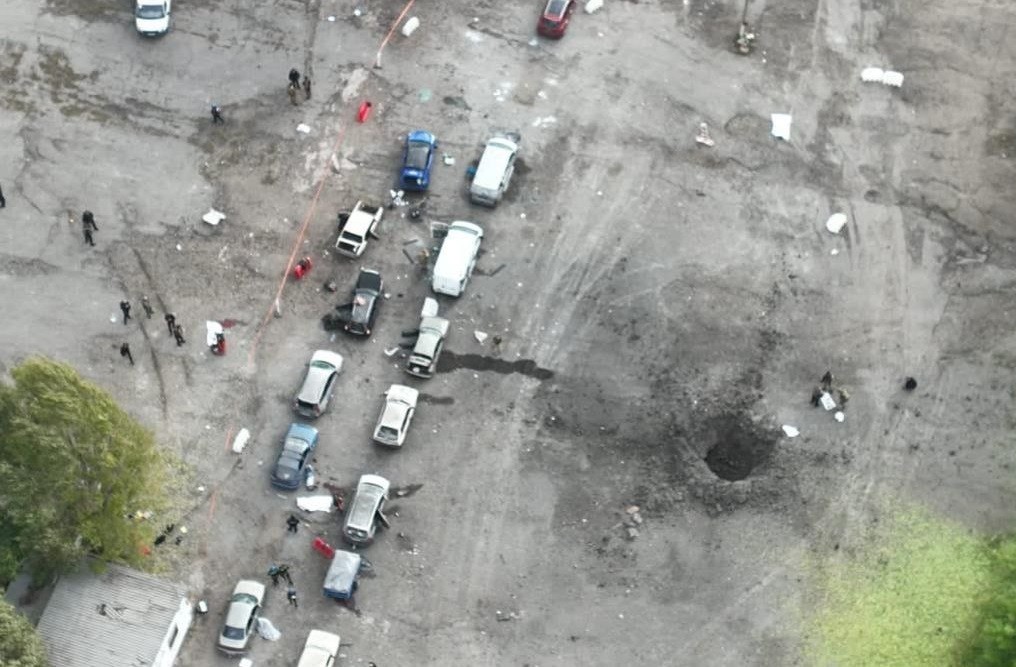 Tomorrow, October 1, in Zaporozhye and the region, a day of mourning was declared for those who died from a missile attack on a humanitarian convoy, said the head of the region, Oleksandr Starukh.

"This morning, September 30, the Russian occupiers launched a missile attack on a humanitarian convoy in Zaporozhye. It is known about 23 dead. Therefore, tomorrow, October 1, a Day of Mourning has been declared in Zaporozhye for those who died from the morning missile strike of the Russian occupiers. - The whole city is yearning. Even the sky has turned black and weeps for the torn off lives of people. Everlasting memory. Sincere condolences to the families and friends of the victims. We will take revenge. Russia is a terrorist country," Acting Mayor of Zaporozhye Anatoly Kurtev said.

Russian invaders fired 16 missiles from S-300 anti-aircraft missile systems at Zaporozhye. At the same time, the Russian terrorists themselves are completely lying, stating that the Armed Forces of Ukraine allegedly attacked the civilian population in Zaporozhye.
At first, collaborator Rogov wrote about "high strikes" against "Zelensky's militants." And when information appeared about a strike on a cluster of civilians, they already began to write that it was allegedly the Armed Forces of Ukraine. 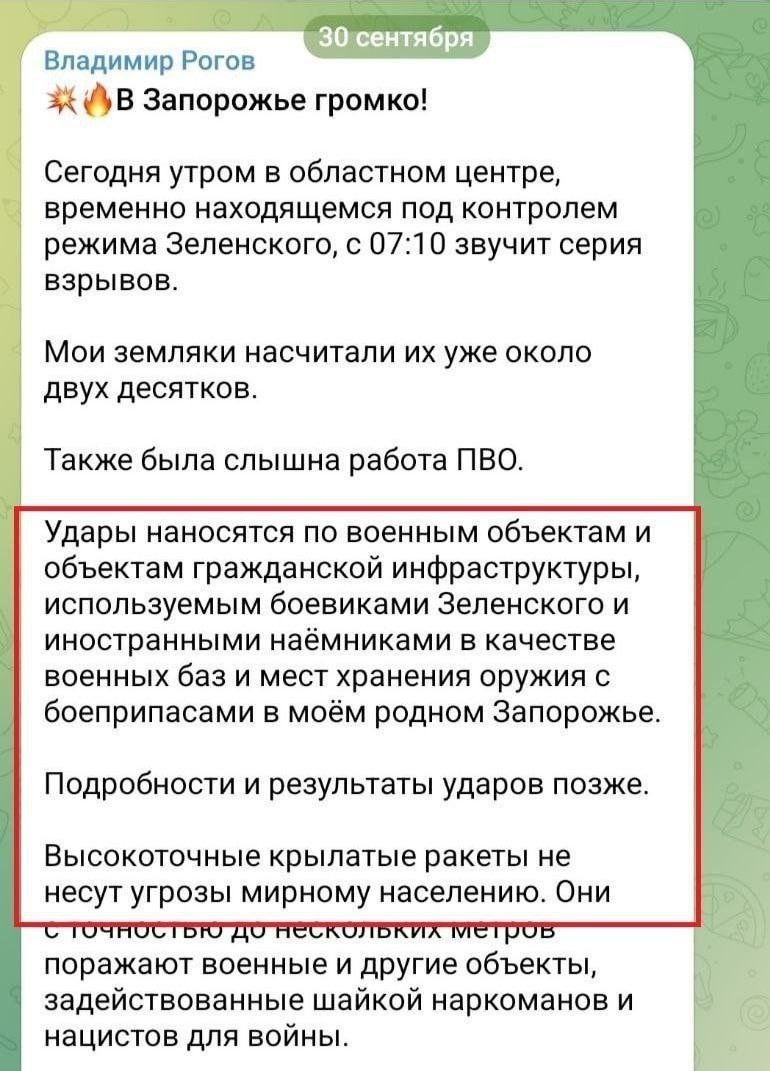 Earlier we wrote that the enemy launched a missile attack on a civilian humanitarian convoy on the outskirts of the regional center. People stood in line to leave the temporarily occupied territory to pick up their relatives and bring help. Currently, 23 dead and 28 injured are known.