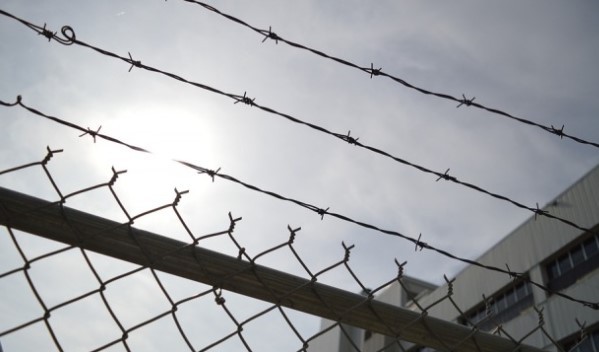 Human rights activists presented the project "Search. Captivity", within the framework of which they will search for Ukrainian prisoners of war and provide them with legal support.
The Russian Federation is currently holding a fairly large number of Ukrainian prisoners of war, not informing their loved ones where they are and in what condition, whether they need medical assistance. The exact number of prisoners of war in Russia is unknown.
In April, the Minister for Reintegration of the Temporarily Occupied Territories of Ukraine, Irina Vereshchuk, said that there were 650 people in the relevant registers, but noted that the data changes hourly.

Among the prisoners there are more than 2.5 thousand Ukrainian fighters from Azovstal, as well as more than 1.5 thousand civilians, whom the Russians are holding in a pre-trial detention center.

“We know very well that among the prisoners there are also foreign citizens who are not citizens of Ukraine, but defended Ukraine and shed their blood for it... The Ukrainian authorities are making absolutely unprecedented efforts to return their people. We know that exchanges take place periodically, but we also know that the number of prisoners of war, the number of non-combatants held by Russia, significantly exceeds those who have now been returned.. And we see that the efforts that the international community is making to put pressure on the Kremlin authorities and the authorities of Ukraine are, unfortunately, not enough, because the scale of the tragedy is absolutely unprecedented since the Second World War, ”the lawyer notes. human rights activist Nikolai Polozov.

The Geneva Convention, which regulates the treatment of prisoners of war, provides for a number of grounds on which they can be provided with both direct legal protection by lawyers and various kinds of palliative care.

“The situation in which Ukrainian prisoners of war are now is so terrible that there is not even an opportunity and no methods in modern language to describe its adequacy, ” says Vladimir Zhbankov, head of legal aid programs at the Free Russia Foundation.

The first task that human rights activists set for themselves is to find and establish the whereabouts of a prisoner of war. Thanks to the project, anyone with a loved one who is in Russian captivity can apply via a remote form and provide initial information.
Only later, lawyers in Russia who will help prisoners of war will submit inquiries about the whereabouts of their clients, will receive the right to visit them, including in various penitentiary-type institutions, such as pre-trial detention centers or colonies.

"Certainly, there is a certain set of powers that allows you to protect rights or at least establish their violations and draw attention to this, including from the world community, " Polozov says.

Recall that one camp and more than fifty sites were opened for Russian prisoners of war in Ukraine.

Convicted for war crimes in Ukraine and prisoners of war may be held in places of deprivation of liberty in other countries. Even if Russia does not accept and not execute the sentences of the Ukrainian courts, as soon as these persons cross the border and find themselves on the territory of other countries, they should be detained and transferred to serve their sentences.

81.8% of the inhabitants of the occupied territories ar...

Red Cross urged to intervene in the trial of captured U...

Ukrposhta will issue two new stamps. One will be with P...

Winter temperature in Kiev apartments may be below norm...

Ukrposhta will issue two new stamps. One will be with P...

Winter temperature in Kiev apartments may be below norm...

81.8% of the inhabitants of the occupied territories ar...

Red Cross urged to intervene in the trial of captured U...