Photo exhibition about journalists at the front opened in Kyiv 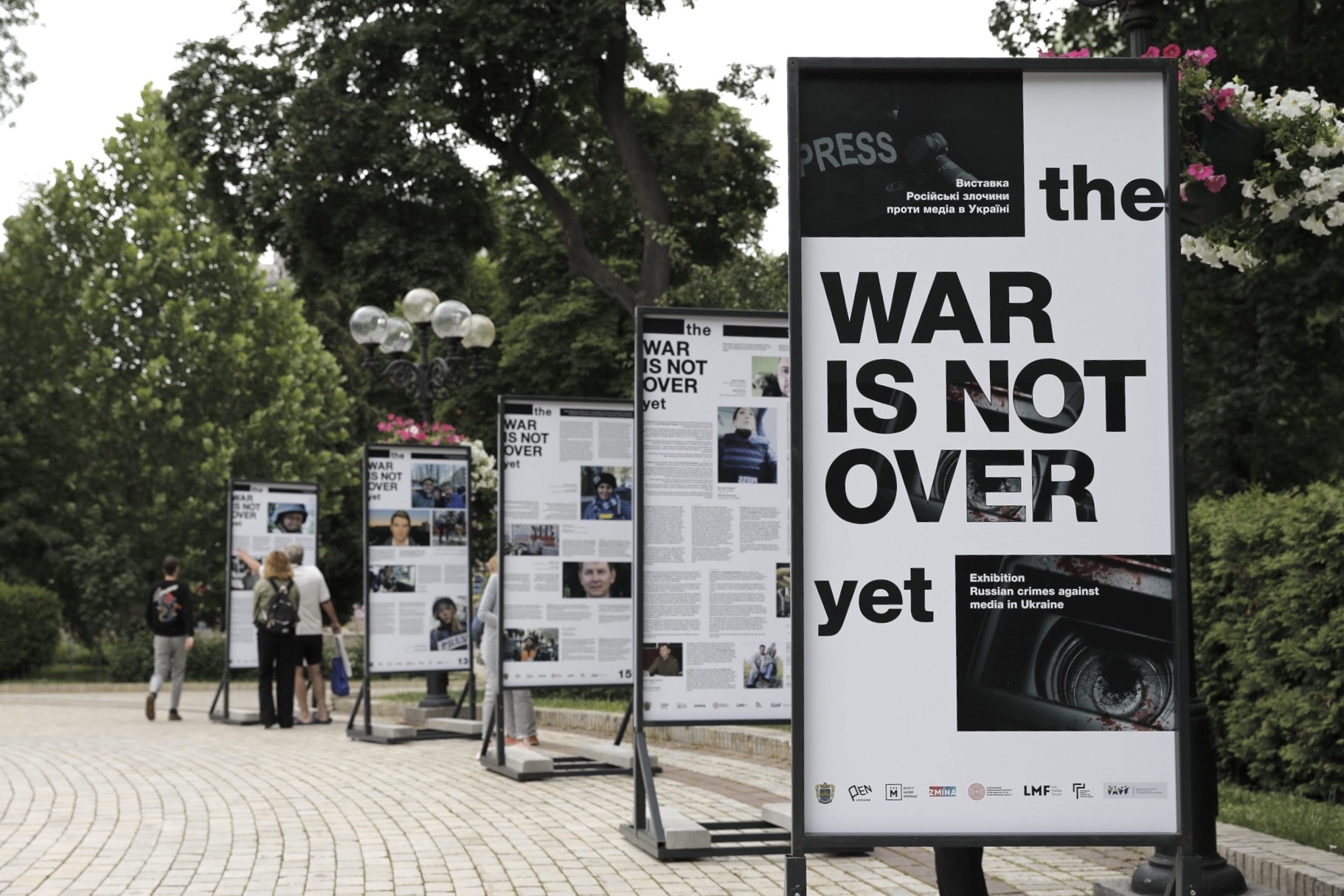 On June 23, the photo exhibition The War Is Not Over Yet dedicated to journalists at the front was opened in Kyiv.

The exposition will run until July 6 in the Taras Shevchenko Park.

The exhibition tells about media workers, thanks to whom the world knows the truth about Russia's war against Ukraine. Among them are the dead, the wounded, who were under fire, who were or are in captivity of the Russians. Their colleagues spoke about the heroes of the exposition at the opening.

Journalist, correspondent of the TV channel "Ukraine 24" Anastasia Blishchik spoke about her fiancé - journalist and soldier Alexander Makhov. He died near Izyum in the Kharkiv region on May 4, 2022. The man worked for many years on TV channels Ukraine and Ukraine 24, since 2014 he has been talking about the war in eastern Ukraine. He fought in the ranks of the Armed Forces of Ukraine since 2015, after demobilization he returned to work in the media.

He hosted the podcast "Voyenkor", conducted trainings for war correspondents. In October 2021, he began working on the Dom TV channel. On the first day of a full-scale invasion, he returned to the front as a soldier. Had a call sign "Journalist". He turned 36 in April. 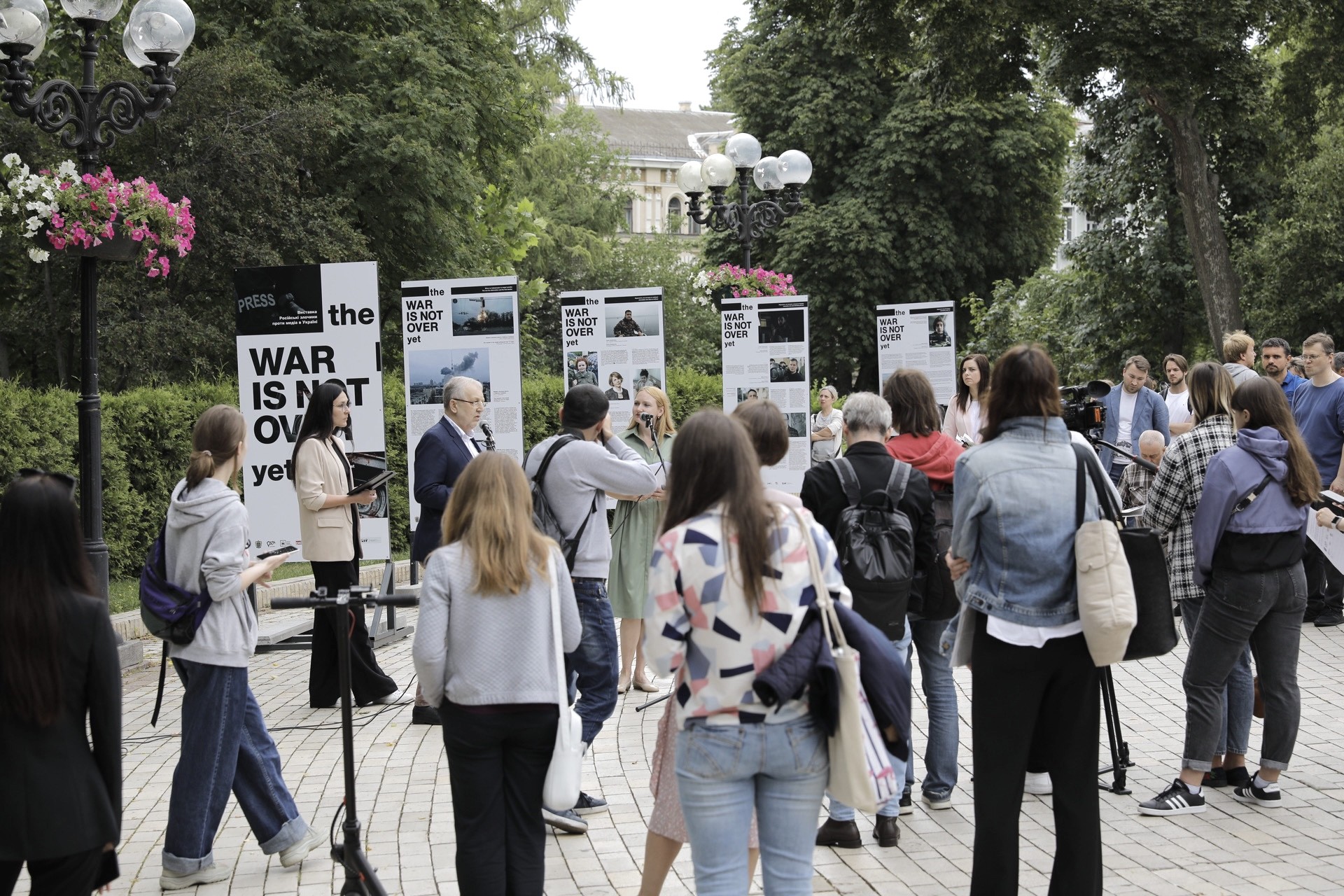 According to Blishchik, during his service, Alexander not only defended Ukrainians from Russian aggression, but also filmed a video on his mobile for a future documentary and wrote. She read several of the journalist's notes about the front line and his brethren.
At the opening of the exhibition was the correspondent of "Radio Liberty" Maryan Kushnir. On March 11, 2022, he was shell-shocked as a result of a Russian missile strike in Baryshivka in the Kyiv region. In recent months, the man has been working in the Kharkov and Donetsk regions.

He noted that journalists who report on the war from the hottest spots deliberately chose this path.

"We knew that not all of us would return. I don't think it's worth crying now because of our losses. The war will end, we will realize, cry, and we will move on, develop and develop our journalism," he said.

The editor-in-chief of the online edition "Ukrainian Pravda" Sevgil Musayeva spoke about her classmate, American journalist Brent Reno, who died on March 13, 2022 in Irpen in the Kyiv region. On that day, he, along with a colleague, filmed the evacuation of residents of the city. The media worker's car was shot by the Russians, Renault was mortally wounded in the neck.

Musaeva noted that, despite the death of a journalist, the footage about the war in Ukraine, which he filmed, will be seen by the whole world.

“His colleagues, all of us, did everything possible to make this happen.. I think we will be amazed by this work. It is very important for the world to see the truth about what civilians in Ukraine are going through," the journalist said. 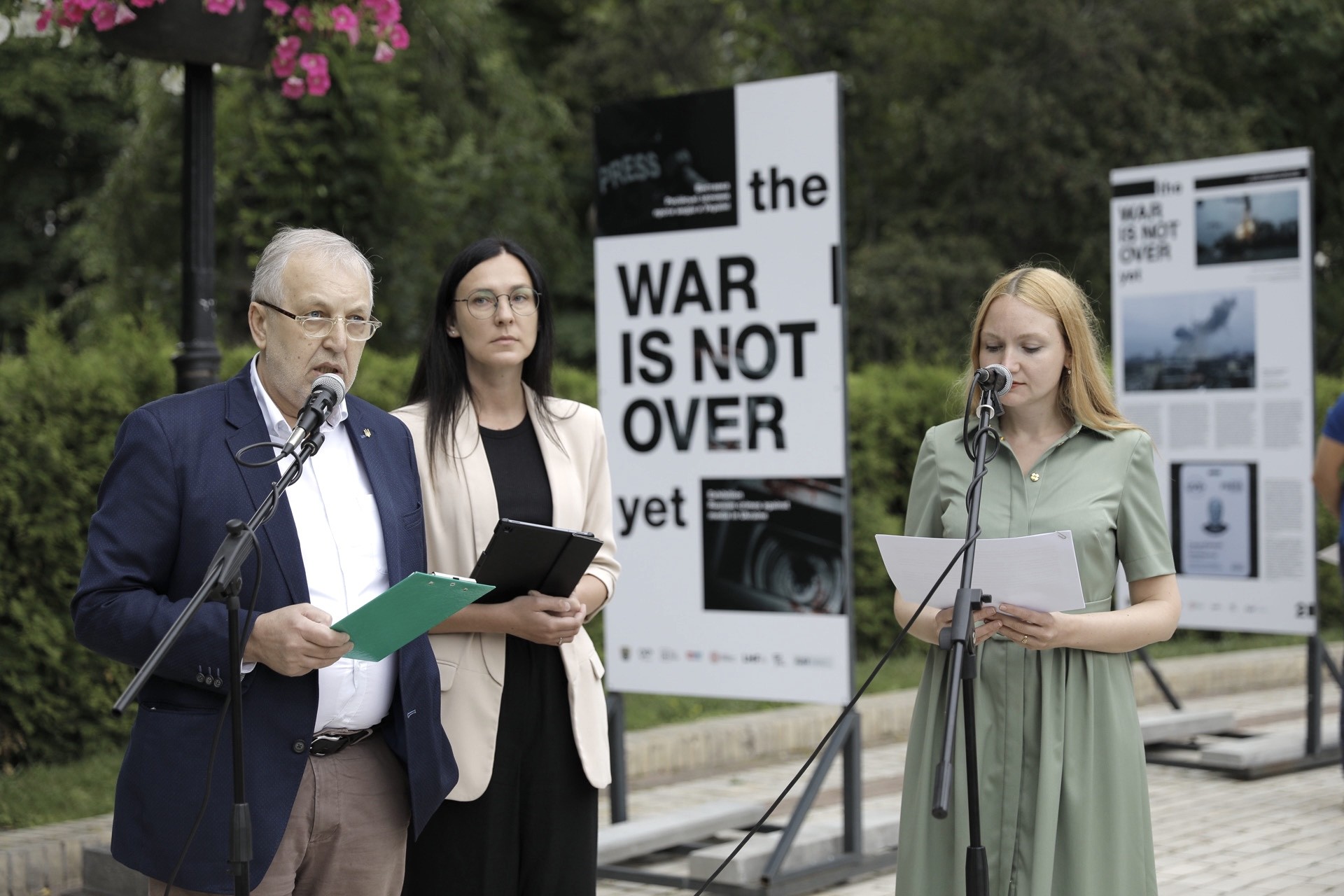 There is a story in the exposition about the photojournalist Max Levin, who died on March 13 near Kyiv, along with the military Alexei Chernyshev, fixing the consequences of the Russian invasion. His story was told by photographer Aleksey Furman and director Pyotr Tsimbal. According to Reporters Without Borders' own investigation, the men were executed by the Russian military, likely after interrogation and torture. This year, the jury of the Georgiy Gongadze Prize awarded Max Levin with a special distinction "For outstanding contribution to the development of Ukrainian photography, dedication to the profession and courage."

After the completion of the exhibition in Kyiv, it will be presented in Boyarka, Kyiv region, Levin's hometown.

As of June 21, 2022, according to the Institute of Mass Information, 33 dead Ukrainian and foreign journalists were known in Ukraine. 8 of them died in the line of duty; 25 - as participants in hostilities or as a result of Russian shelling or torture.

At least 13 journalists were injured and at least 15 went missing.

In total, since the beginning of the full-scale invasion, Russia has already committed more than 300 crimes against journalists and media in Ukraine.