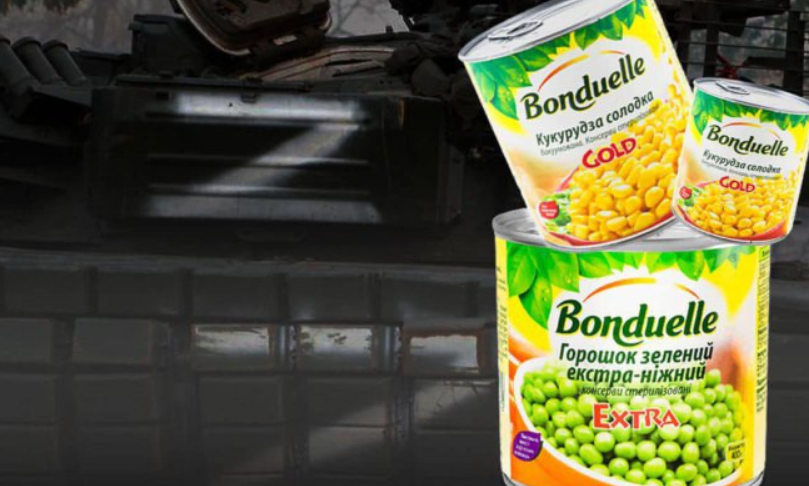 Ukrainian retail chains refuse the products of the French company Bonduelle and remove them from the shelves after the scandal with food packages for Russian occupiers.

The company was "cancelled" by such networks as Novus, Varus, Auchan, ATB and Fozzy Group (Silpo, Fora, Thrash!).

Supermarket chain Varus has started withdrawing Bonduelle products from sale. Despite Bonduelle's denial of information regarding support for the Russian army, the company continues to operate in the market of the aggressor country," Varus said.

"For well-known reasons, we are removing TM Bonduelle and Greenfield products [the brand belongs to the Russians] from Novus shelves," Novus said.

"In connection with this situation, Auchan Ukraine has decided to remove Bonduelle brand products from the shelves.. For now, our stores are implementing this decision," Auchan said.

"From 4.01.2023, the purchase of products of this brand has been stopped. If you can still see something on the shelves, then this is an additional sale of the remains that were bought by our network," the ATB said.

"We have stopped all planned purchases of Bonduelle products for Silpo and are removing products from the shelves. Additionally, we have contacted Bonduelle's head office with a request to officially refute any interaction with the Russian military," the press service of the Fozzy Group said.

What preceded Earlier, Russian media reported that the French company Bonduelle, a canned vegetable manufacturer, allegedly supported the Russian army and handed over its products to them with the wish of "a speedy victory". A photo of the corresponding "gift sets" was published by the public "Yartsevo LIVE" in the social network VKontakte, banned in Ukraine. 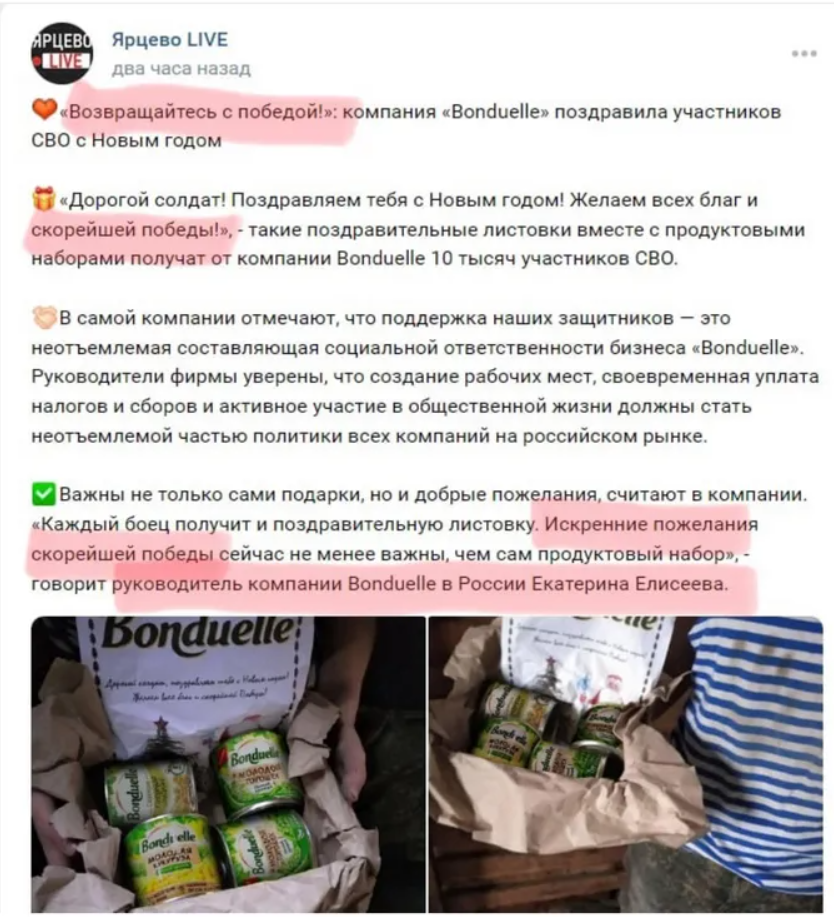 The Bonduelle Group itself published an official statement in which it denied this information.. However, in the same place the company admitted that it continues its activities in Russia - in order to "ensure the access of the population to basic food products in Russia and neighboring countries."