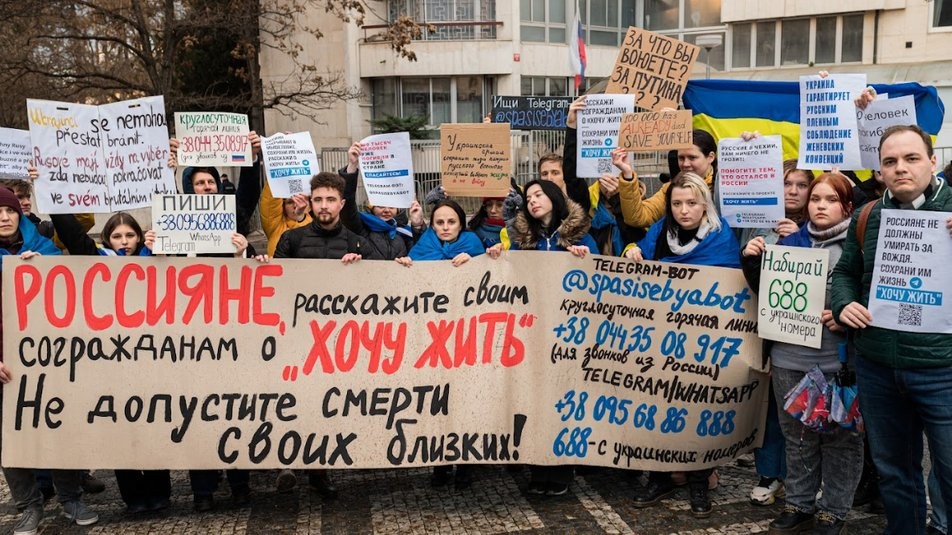 In the capital of the Czech Republic, Prague, Ukrainians staged a rally in front of the Russian embassy, urging Russians not to succumb to the "criminal orders of their authorities" to mobilize and not to participate "in this cruel war."

This is stated in the release of the organizers of the action - the public initiative Hlas Ukrajiny.
Against the background of the state institution of Russia, Ukrainians during the action stretched out a banner with a call to save their lives and not to commit crimes in a foreign country.

The protesters called on those Russians who are forced to fight in Ukraine to surrender with the help of the “I want to live” project, and also to distribute the contacts of the project among relatives and friends who may be threatened with mobilization.

One of the leaders of Hlas Ukrajiny in Prague, Anastasia Signaevskaya, commenting on the action, noted that it cannot be ignored that Russia intends to close the borders for everyone who can be mobilized and, as a result, will force a huge number of people who have become hostages of the situation to fight. 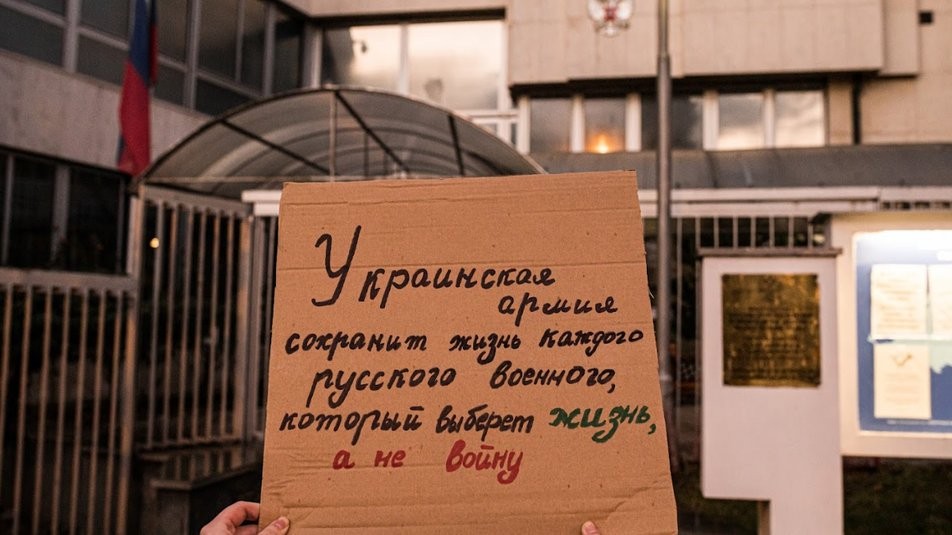 "Replenishment in the Russian army will lead to an aggravation of the situation at the front and an increase in the number of deaths on both sides.. Ukrainians cannot stop defending themselves, at the same moment, on the other side of the barricades there is always a choice not to continue the brutal attack," the activist stressed.