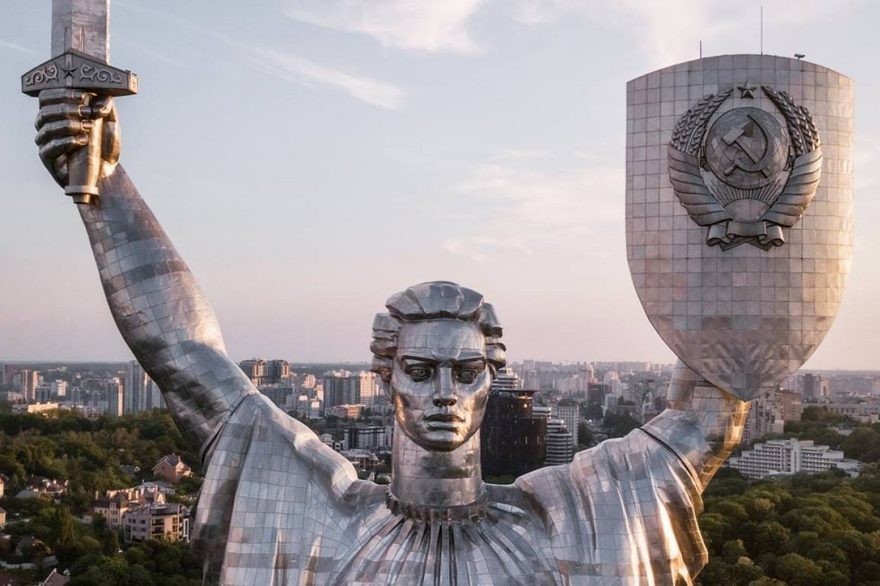 85% of polled Ukrainians voted for the Soviet coat of arms on the Motherland shield to be replaced with a trident. In a survey in
more than 778 thousand people took part in the Diya application. 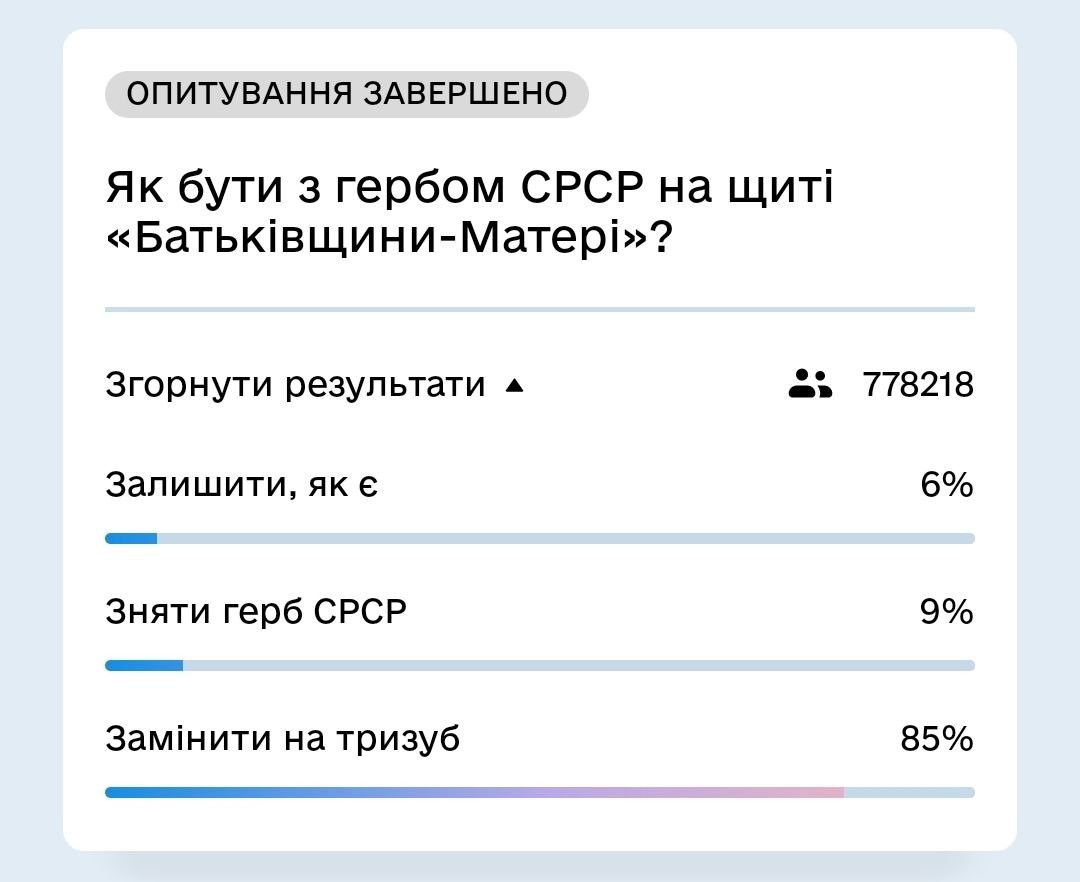 At the same time, an art historian and employee of the Museum of the History of Kyiv, Ekaterina Lipa, said that the coat of arms could not be dismantled.. According to her, the corresponding calculations were carried out by engineers as soon as Ukraine became an independent state.

“Perhaps, it is necessary not to interview people, but to order engineering studies, as far as possible to pick the Soviet coat of arms, ” said Lipa.

At the same time, at the Shimanovsky Institute of Steel Structures, whose engineers supervised the construction of the Motherland, they said that a six-meter Soviet coat of arms could be cut. However, then there will be a hole in the monument, which will need to be covered with a steel sheet of the same color and relief.

Despite the fact that engineers consider the dismantling technically possible, there is another problem: the relatives of the sculptor Vasily Boroday did not agree to change the work, citing copyright, said Ivan Kovalchuk, director of the Museum of the History of Ukraine in World War II.

"Motherland" is located in Kyiv, on the territory of the National Museum of the History of Ukraine in World War II and is part of it. The monument was opened in 1981.

In May 2016, the Law on Decommunization came into force in Ukraine, which provides for the condemnation of the communist and national socialist regimes and the prohibition of propaganda of their symbols.

Back in 2018, Vladimir Vyatrovich, director of the Ukrainian Institute of National Remembrance (UINP), said that the coat of arms of the USSR should be cut off from the monument. At the same time, it was considered that the decommunization of the monument, that is, the removal of the coat of arms, could cost about half a million hryvnias.. At the same time, if it were replaced by "something reliable and aesthetic", the amount would rise to 8 million.

In July 2022, a survey was launched in "Die" about how to replace the Soviet coat of arms with the "Motherland".