Ukrainians are urged to refrain from mass events at Epiphany 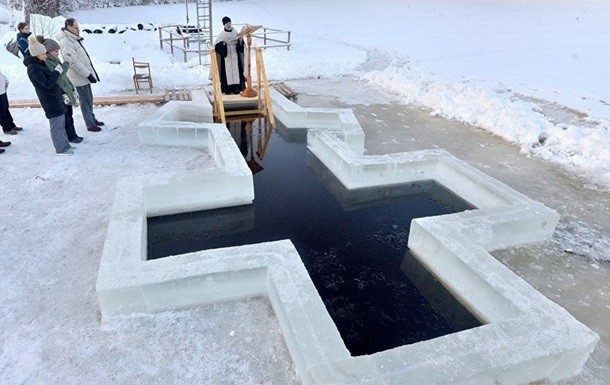 On the eve of Epiphany, Kyiv authorities ask religious organizations and citizens to refrain from mass events in the context of Russian aggression.

This was reported by the press service of the KSCA.

"The city authorities on the eve of Epiphany recall the need to comply with security measures and restrictions in force under martial law, and ask to refrain from holding mass meetings and events," the department notes.

In particular, the appeal to religious organizations says that due to Russian aggression, mass events can be used by the aggressor country or radicals for provocations against believers and ordinary citizens.

At the same time, the Kyiv authorities organize the duty of rescuers at locations traditional for Baptism in order to avoid injury and other dangerous situations.

However, the authorities persistently urge the people of Kiev this year to completely abandon swimming in the reservoirs for Epiphany.