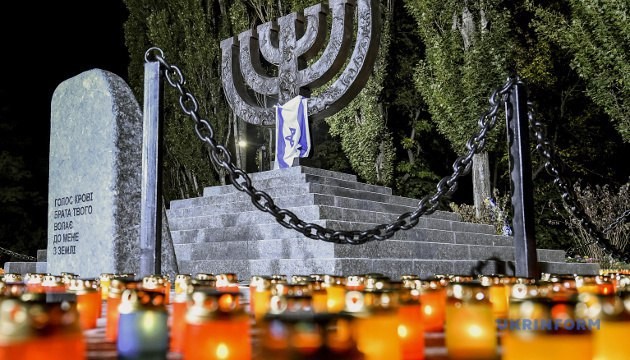 September 29 is the anniversary of the mass executions of civilians in the Babi Yar tract, one of the most famous places for witnesses of Nazi crimes.
On September 29, 1941, in Nazi-occupied Kyiv, nonhumans shot the unarmed for the first time. In the Babi Yar tract, the SS killed almost the entire Jewish population of the city - more than 50 thousand men, women and children. And during the two years of occupation, the number of victims in the tract reached 100 thousand people.
The Nazis forced people to undress, took away personal belongings, then drove them with batons to the edge of the ravine, where machine gunners sat on the opposite side.

The case of the Nazis in 2022 was continued by the Russian occupiers, they kill people in the temporarily occupied territories in the same way. Having set foot on our land, the "Russian world" leaves destroyed cities and mass graves.

“It would seem that this horror has remained forever in the past. But after 81 years in Ukraine, in the center of Europe, this happened again. Executions, mass graves. Those who staged the genocide in 1941 and those who stage the genocide in 2022 are the same criminals who only care about an international tribunal," Prime Minister of Ukraine Denys Shmygal said.