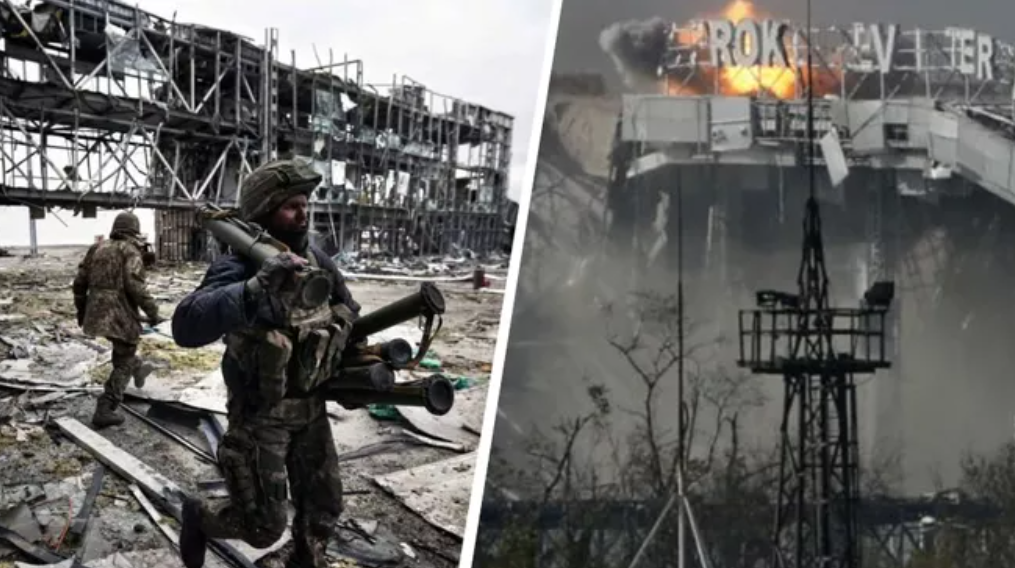 For 242 days (from May 26, 2014 to January 22, 2015) the Ukrainian military resisted the Russian occupation troops, stubbornly defending the airport. The defense ended after the complete destruction of the old and new terminals.
The most fierce battles for the Donetsk airport took place in January 2015, and on January 13, the control tower fell, which became a symbol of the airport's defense
Then the fighting went for the floors of the new terminal. On January 18-20, 2015, the Ukrainian military held the first floor of the terminal. The basements and upper floors were already controlled by the Russians.

The enemy, taking advantage of the truce to evacuate the dead and wounded, mined the roof of the building and blew them up.
In total, according to official figures, more than 100 soldiers were killed, about 440 were injured. The defenders of the Donetsk airport were called "cyborgs" for their ability to fight in very difficult conditions with enemy forces that are significantly superior in manpower and equipment. During the defense of the airport, there were endless assaults on this piece of Ukrainian land.

“The cyborgs survived, the concrete could not stand,” is a phrase that went down in history along with the feat of Ukrainian fighters.