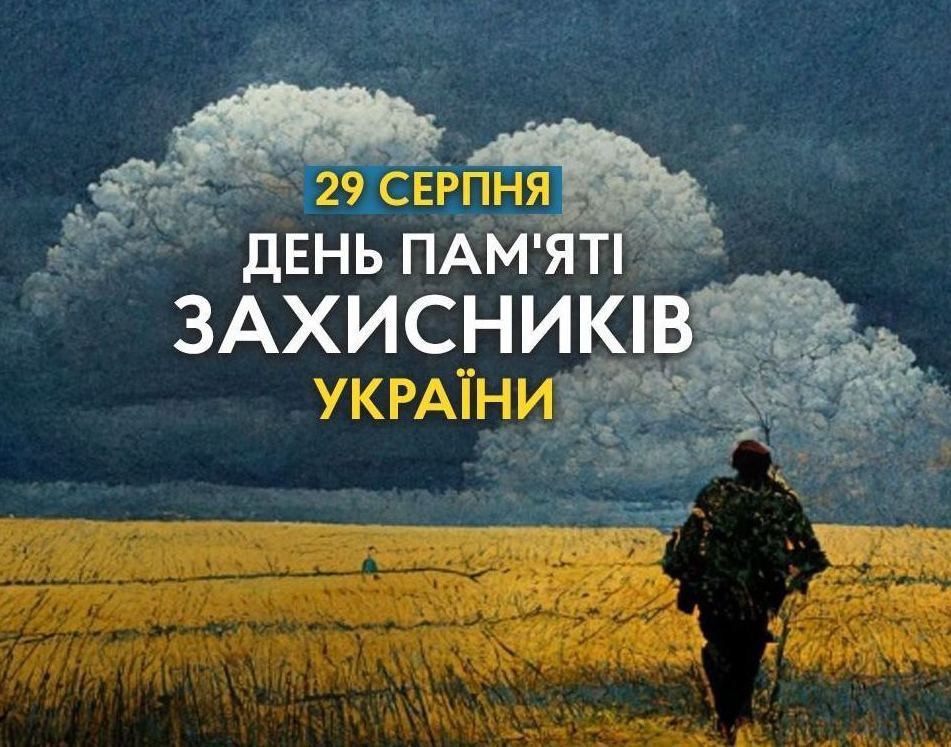 Today Ukraine honors the memory of the defenders who died in the struggle for independence, sovereignty and territorial integrity of our country.
The date was dedicated to the day of the exit from the encirclement in Ilovaisk on August 29, 2014, when the Ukrainian army suffered the greatest losses in the Donbass.
Commander-in-Chief of the Armed Forces of Ukraine Valery Zaluzhny addressed the Ukrainians on this memorable day.
Zaluzhny expressed condolences to the families and friends of the fallen heroes, and also promised to always remember the killed Ukrainian soldiers and continue the fight with a shield in his hands.

"Every day we must remember the price our people have paid and continue to pay for their freedom.. There are no right words or right moments when it comes to loss.. For these are the broken fates of specific people who were the whole universe for their relatives," Zaluzny wrote.

The warlord noted that the fallen heroes will be an example for future generations. He also expressed condolences to the families and friends who lost their husbands and sons due to Russian aggression. He stated that the people will always remember those who are "on the shield."

"Thank you for the greatest sacrifice, consciously given to your state. This is how history is made and a nation is formed that the world will admire. I promise that not a single sacrifice will be in vain - we will continue the fight until our Victory. We stand with a shield. We remember everyone who is on the shields," the commander-in-chief said.

History of the Day of Remembrance of the Defenders of Ukraine

During heavy fighting on August 18, 2014, Ukrainian forces entered Ilovaisk and were able to take control of part of the city.

However, on the night of August 24, 2014, the largest Russian invasion of Ukraine took place, and already on August 24-25, the battalions of the Ministry of Internal Affairs of Ukraine "Dnepr-1", "Peacemaker", "Svityaz", "Kherson", "Ivano-Frankivsk", the National Guard "Donbass" and the forces of sector "B" fell into the enemy's encirclement.

On August 28, the Ukrainian military was in a critical situation.. Negotiations were held between Ukraine and Russia on safe humanitarian corridors to get out of the encirclement of Ukrainian defenders along agreed routes. However, Putin's "green corridor" has become a real way of death for them.

On August 29, at 8:15 a.m., the Ukrainian military began to move out of the city in organized columns along the routes previously agreed with the Russian side. At first, the Ukrainian columns marched unhindered past the Russian fortified positions, but after a while the Russian troops opened fire.

According to official data, during the Ilovaisk operation and the subsequent execution in the so-called "green corridor" 366 Ukrainian soldiers were killed, another 429 were injured, and 300 were captured.