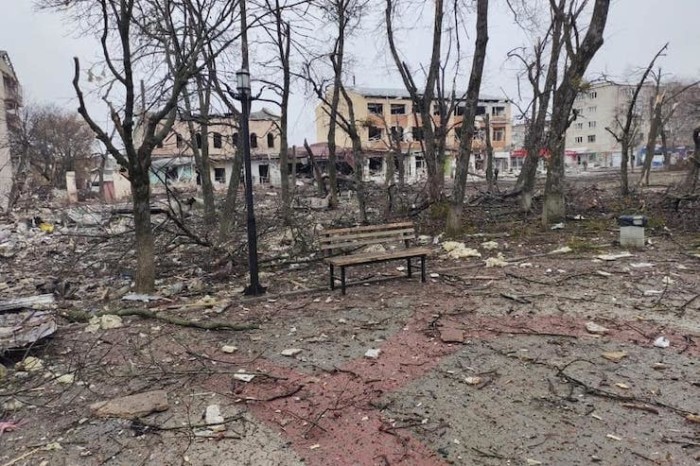 Voluntary evacuation of the population is organized from the territory of the de-occupied regions of the Kharkiv region. This is due to the upcoming winter, which some of the settlements will meet without light and heat.

Irina Vereshchuk, Deputy Prime Minister and Minister for Reintegration of the Temporarily Occupied Territories, spoke about this at a briefing.

Even before the de-occupation, local authorities, for example, in Izyum, said that the city was almost completely destroyed. According to Deputy Mayor Vladimir Matsokin, there is more destruction than after the Second World War.

Vereshchuk did not name the approximate number of people that the authorities plan to evacuate from the Kharkiv region, but said that work would begin in a few days.

“We have an operational evacuation plan, and there really is a problem with communication, because there is no restored power there, which means there are no providers, there is no way to convey [information] to people. There are a few solutions left that we will definitely use," the minister said.

First of all, the plan involves police and volunteers going door-to-door to collect a list of those wishing to temporarily leave the house.

“We will offer evacuation to everyone… Together with the local authorities, the police, volunteers, we will draw up lists. A chat will be made soon,” she added.

A pilot project was launched in the liberated territories of the Kharkiv region: one-time financial assistance to people who were forced to live under occupation. The authorities pay 1200 hryvnia each.

Recall that as a result of the counter-offensive of the Ukrainian military in the Kharkiv region, more than 8.5 thousand square kilometers of territory with almost 400 settlements were liberated.. Russian troops temporarily control only 6% of the region's territory.

The Ukrainian leader published a photo of the de-occupi...

How Ukrainians are ready for the heating season - poll...

The Kyiv driving school refused to serve the client in...

A policeman from Kharkov took part in the most prestigi...

Ukraine's accession to NATO is supported by a record 83...

The Kyiv driving school refused to serve the client in...

How Ukrainians are ready for the heating season - poll...

Ukraine's accession to NATO is supported by a record 83...

A policeman from Kharkov took part in the most prestigi...

The Ukrainian leader published a photo of the de-occupi...