The Russians filed more than 2,000 requests for surrender 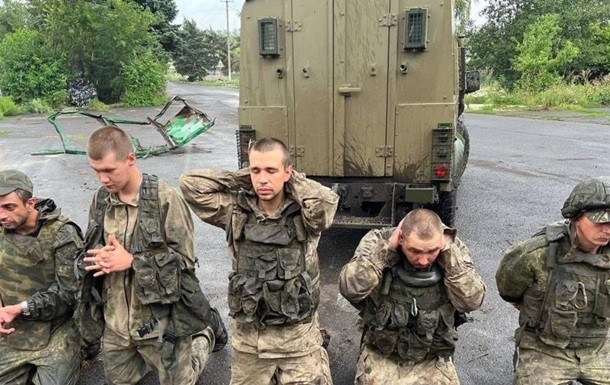 The Ukrainian project "I Want to Live" of the Coordinating Headquarters for the Treatment of Prisoners of War received more than 2,000 applications from the Russian military or from their relatives about a possible surrender.

This was stated by the press secretary of the project Vitaly Matvienko on Thursday, September 29.

"We've received over 2,000 inquiries.. Both servicemen of the Russian army and their relatives who want their sons or men to stay alive are calling," Matvienko said at a briefing by representatives of the Security and Defense Forces.

According to him, Ukraine guarantees the Russian military, who will surrender, the retention in accordance with the norms of the Geneva Conventions. We are talking about three meals a day, medical care and the ability to contact relatives on the territory of the Russian Federation or in the temporarily occupied territories of Crimea and ORDLO.

Matvienko recalled that "I want to live" is a state project designed to help servicemen from the Russian Federation safely surrender to the Armed Forces of Ukraine.

"It was created specifically for Russian military personnel who do not want to carry out Putin's criminal orders, as well as participate in this war," the spokesman for the project emphasized.