Prytula commented on the celebrations during the all-out war 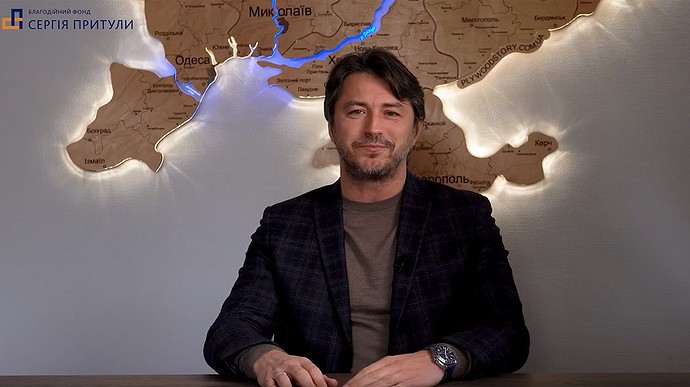 Ukrainian volunteer Serhiy Prytula believes that celebrating during a full-scale war is a rhetorical question. He said this in an interview.

According to his logic, therefore, it is necessary to close museums and other places where a large number of people gather.

At the same time, Prytula noted that once he came to the club, he should not forget thanks to whom there is such an opportunity, so the next day you can donate to the APU.

"The main thing is not to go too far in your attempts at moralizing. If a person is 18 years old, he invited a girl to a club - ok, rest. But do not forget, thanks to whom you have this opportunity. I went to the club - the next day you donate to the army, or go to some gossip network, do something so that your conscience does not torment you later," the volunteer noted.

In addition, the showman remembered that back in 2015, bars and clubs worked for several tens of kilometers of the war zone.

"In the winter of 2015, I delivered aid to the marines in Shirokino. A car was driving that led me to the guys, I was driving my car behind it, I had music playing in the cabin, we stopped under a hillock and I heard the sound of a very close cannonade, and the machine guns were working, and artillery, we poured it. I return to Mariupol, 25-30 minutes from the war zone - and there are bars, clubs, people walking around, drinking alcohol and the like. Therefore, there is no need to even look at Kyiv, which lives relatively far from the front line.. Everyone interprets it in their own way, ok not ok," he summed up.

Netflix will release a show with Zelensky

The Red Cross will soon once again visit the prisoners...

Significant deficit remains in the energy system of Ukr...

Mobile communication in case of blackout will work for...

Politico named Zelensky the most influential person in...

Politico named Zelensky the most influential person in...

Netflix will release a show with Zelensky

Mobile communication in case of blackout will work for...

Significant deficit remains in the energy system of Ukr...

The Red Cross will soon once again visit the prisoners...

Freedom Matrix
Теги: back celebration war to the club