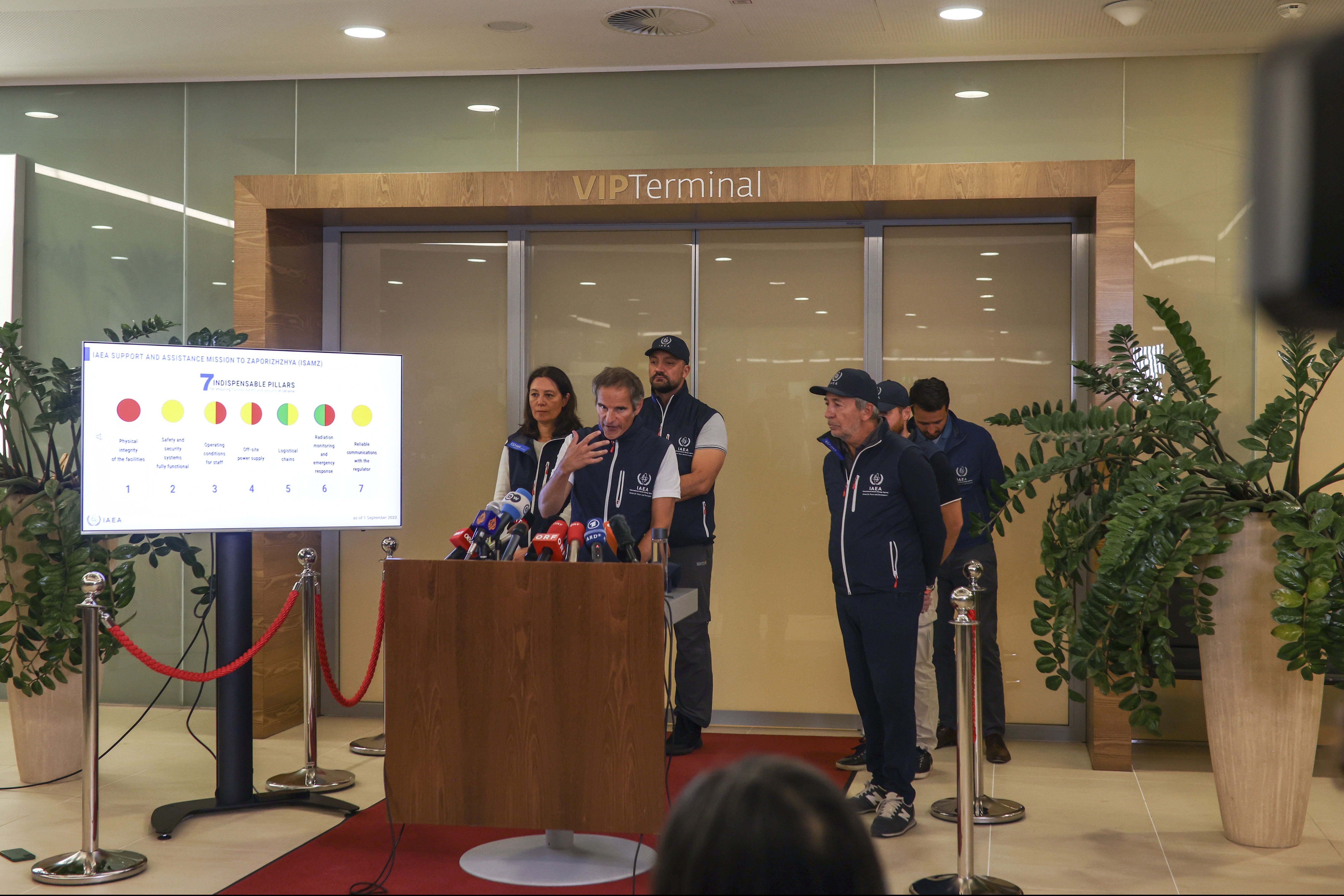 The head of the IAEA, Rafael Grossi, presented a preliminary report on the results of the mission's visit to the Zaporozhye NPP. So, worst of all, he assessed the integrity of the station, which was violated as a result of hostilities.

Note that there are still IAEA mission workers at ZNPP, so the final report on the situation at the plant will be made public next week.

Grossi spoke about this at a press conference, presenting a table with measurements of a number of indicators related to the operation of nuclear power plants.

"Behind these colors is a very detailed technical analysis of how we perceive the situation at nuclear power plants. So, the first is the physical integrity of the objects. Here it is red, and significantly red, because we saw military action around the nuclear power plant. And I was able to see with my own eyes, together with my team, the impact, signs or remnants of shells on the buildings, which means that the physical integrity of the object was actually violated not just once, but several times," the head of the IAEA said.

The second column is the full functionality of the security and safety systems. She is marked in yellow.. This means that most of the systems are working and in good condition.

The third is the working conditions for the staff. It is not completely marked in red, because the staff continues to work, and two power units are also functioning. Therefore, in general, the nuclear power plant continues to operate.

The fourth is the provision of electricity. She is also half red and half yellow. So, it was recorded several times when the electricity was either turned off completely or interrupted. However, when there was a complete power outage, the diesel generators were running normally. They produced energy for cooling power units.

Fifth - logistics supply chains at nuclear power plants. She's half yellow and half green. Given the military situation, the supply chains were interrupted, but there were no significant problems because of this at the station.

The sixth is the situation with the radiation background and the response to emergencies. It is half red and half green. The head of the IAEA reported serious obstacles and interruptions in work, but the systems are working.

The seventh is the reliability of communications with the regulator. She is yellow. This feature still happens with certain complexities. 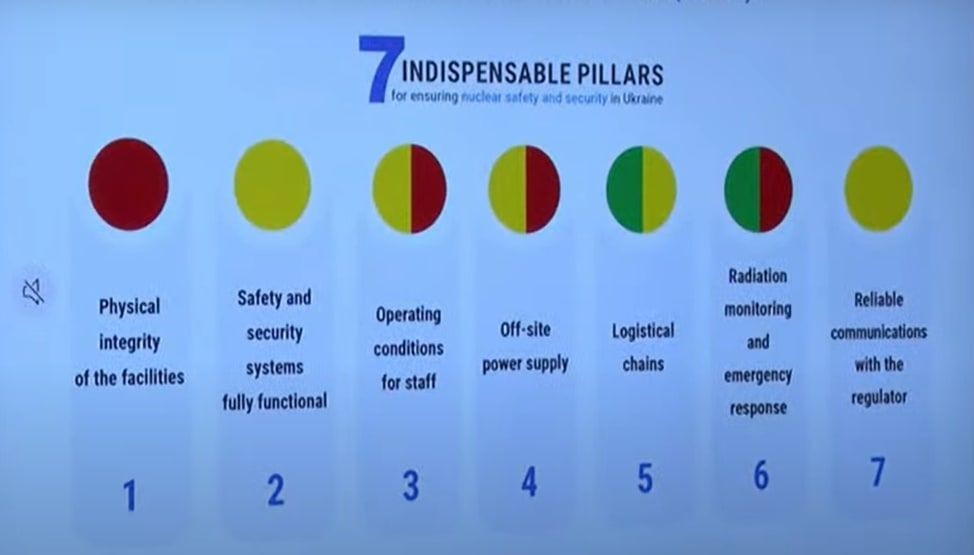 "I still believe that this situation (at ZNPP - ed.) is extremely difficult, filled with serious challenges. We will demand continued support and monitoring, which we are trying to provide now, being there," Grossi said.

"We receive this information almost all the time and continuously. And now we are trying to assess it in depth - what is the current situation. I hope to issue a report as soon as possible at the beginning of next week, as soon as we have a complete understanding of the situation before the end of the weekend," the head of the IAEA said.

Recall that on September 1, the IAEA mission visited the Zaporozhye nuclear power plant in Energodar, captured by the Russians.. IAEA Director General and Head of Mission Rafael Grossi said that he managed to see "key things" in the first hours of his visit to ZNPP.

After that, the IAEA mission left the station, leaving 5 of its experts there, who will continue their work.