Postcards with threats to the invaders and the "yellow ribbon": partisan resistance is gaining momentum in Crimea 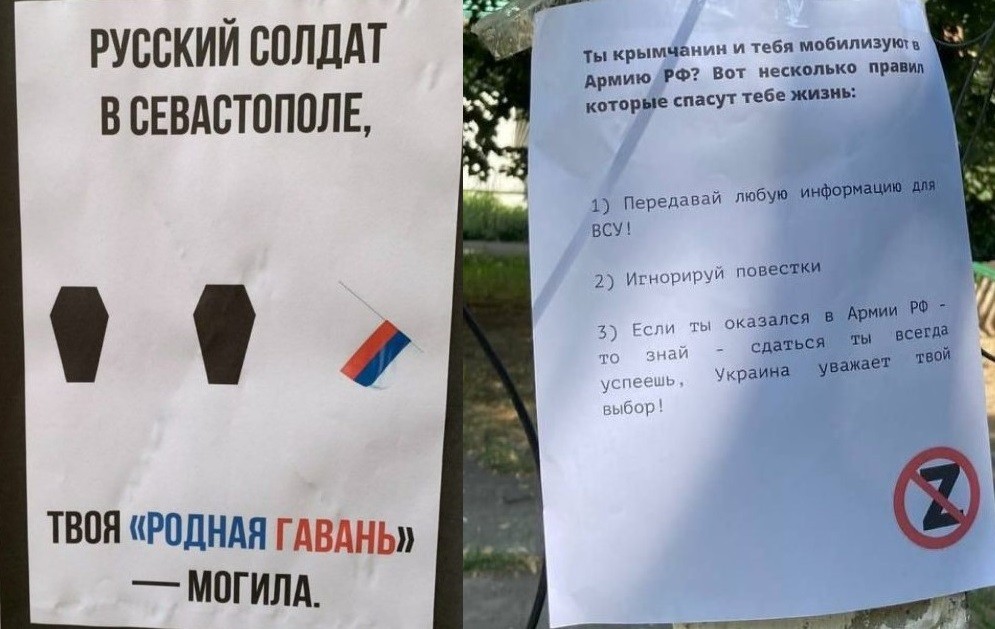 Partisan resistance continues to gain momentum on the occupied peninsula. Local activists show in various ways that Russian occupiers have no place on Ukrainian soil.

This was reported in the representation of the President of Ukraine in the Autonomous Republic of Crimea.

As early as May, media reports began to appear about the organization of the Yellow Ribbon resistance movement, the symbol of which was the yellow ribbon.. It operates not only in the Crimea, but also in the occupied parts of Kherson and Zaporozhye.

At first, the organizers urged people to attach tapes, for example, to cars, thus showing their position, and then they began to draw them. 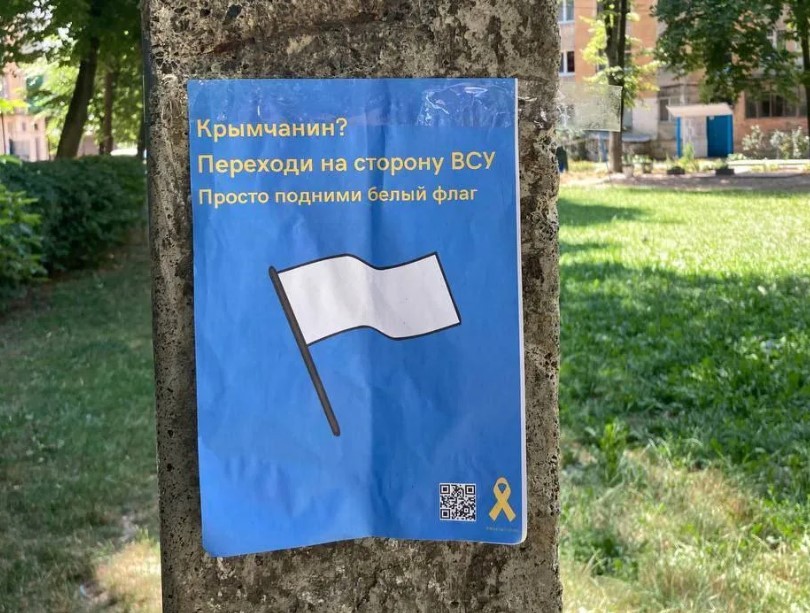 “Videos with burnt banners of Russian symbols appear in open sources, a photo of a car with the inscriptions “Orcs out!” on the windows, postcards at public transport stops with the text “Putinu The Hague”… drawings of yellow ribbons appear in the places for announcements and at stops,” they tell about the mood in the Crimea in the representative office.

You can also meet postcards with advice to the occupiers on the peninsula, in particular, the so-called head of the region Sergey Aksenov is advised
run faster while the Crimean bridge stands.
There is also a self-organized activist partisan movement that spreads the truth about the war in Ukraine and collects information
on the movement of Russian troops and equipment.
Also, in protest against illegal fines, Crimeans collected ten-ruble coins the amount of a fine for lawyer Edem Smedlyaev, whom the occupation court brought to administrative responsibility for allegedly "public actions aimed at discrediting with the Russian Federation". Edem and two other people brought a fine of 75 thousand rubles in coins to the bank in three plastic bags.

At the same time, in Crimea, the Russian occupiers continue to militarize children, carry out covert mobilization and actively move military equipment.

"Residents of the occupied Sevastopol daily receive reports of the roar of missiles and aviation activity in the Black Sea - probably, these are missile launches from Russian ships on the cities of Ukraine," the representative office says.