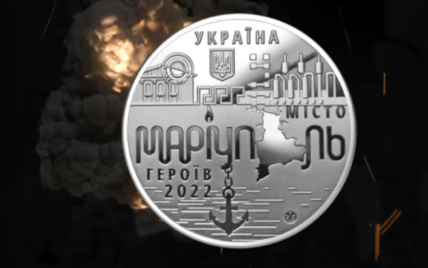 The National Bank of Ukraine has made a commemorative medal as a tribute to the heroes, defenders and residents of Mariupol. This was reported by the press service of the NBU.

"The design was created by the Kyiv artist Marina Kuts. The reverse of the medal contains the image of a warrior, around which fragments, weapons and crosshairs are stylized," the NBU said in a statement.

On the obverse - the facade of the drama theater at gunpoint and the stylized constructions of Azovstal, on which bombs are flying.

"In the spelling of the word Mariupol, the letter "i" is replaced by a candle as a symbol of memory for the dead, and the letter "o" imitates a city map created from two profiles - a child's and an adult's, as a symbol of forced deportation," the National Bank explained..

Below, against the background of stylized waves, an anchor is depicted - one of the heraldic elements that is contained on the coat of arms of Mariupol. This is an image of hope for the liberation and revival of the Ukrainian city. 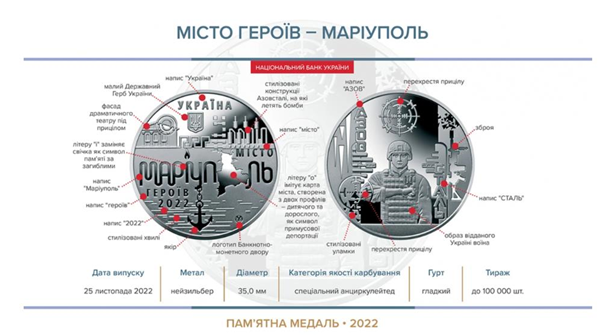