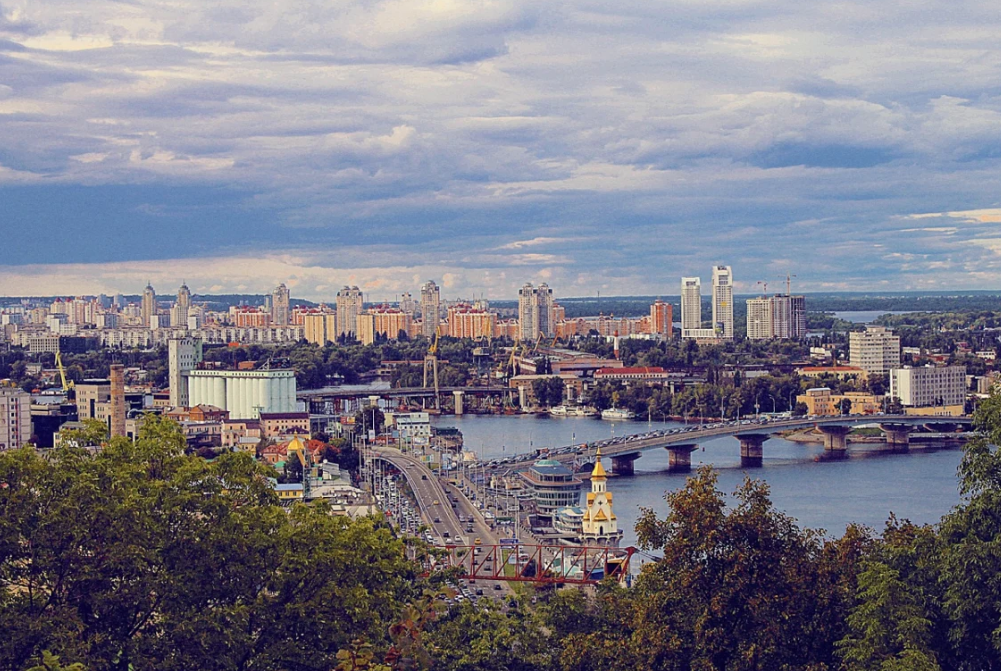 The Resonance agency compiled a rating of the best cities in the world in 2023, Kyiv, the capital of Ukraine, received a separate honorary distinction in the rating.

"The historic capital of Ukraine is an urban beacon of courage and resilience that lead a recalcitrant nation against a bloody aggressor. This, like the rest of Ukraine, is a place of inexhaustible courage in the face of daily tragedy," Kiev is described in the agency.

Resonance experts ranked the best cities in the world in 2023 for living, working, investing and traveling. Kyiv received an honorary distinction, and London took the first place in the ranking. After him, Paris, New York and Tokyo were included in the list.
How the city was described
The city is located on the Dnieper, one of the largest rivers in Europe. Kyiv is a major business center of Ukraine. The housing stock of the city is represented by apartment buildings and modern residential complexes.. The transport infrastructure is a developed metro system and buses, trolleybuses and trams. The city is rich in sights and monuments.

The symbol of Kyiv is the Kiev-Pechersk Lavra, a historical complex built in the 11th century. Also in the city there are shopping, entertainment centers, innovative restaurants and the like.. Of course, the main achievement thanks to which Kyiv received the title of "Honorary Best City in the World" is the spirit, something that the Russian troops could not break. Although the Russians intended to capture the Ukrainian capital in three days, they never got close.

Permanent Representative of Ukraine to the UN Serhiy Kislitsa reacted to the championship of Kyiv in the ranking.

"Kyiv is recognized as the best city in the world in 2023. I am touched," Kyslytsya wrote on Twitter. 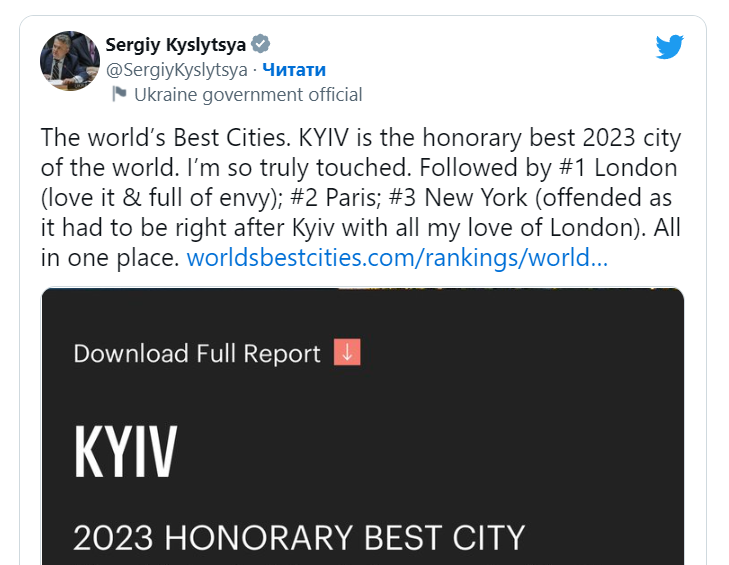