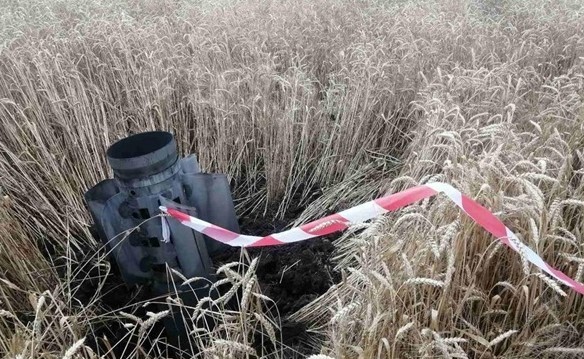 Russia's scorched-earth tactics cause irreparable damage to the environment, and it will take decades to restore nature after the war in Ukraine.
This was stated by Czech and Ukrainian environmentalists, according to the Czech edition of Blesk.

"Different ecosystems have different recovery times, for example, restoration of the original steppe in protected areas in southern Ukraine will take 50 years," said Arnika Martsela Chernokhova, program coordinator of the Ukraine project of the environmental organization.

According to her, some ecosystems, populations of some animals and plants have been so destroyed that we can lose them forever.

"For example, important migratory routes for a number of bird species pass through Ukraine," Chernokhova notes.

The expert says the catastrophe is getting worse with each additional explosion, as well as unexploded ordnance, mines or pieces of military equipment.

"According to estimates, this is already 214,000 tons of scrap metal, " Chernokhova says.

Most worrisome is the movement of heavy military equipment and shelling that causes fires. This leads to big problems at the local and regional levels, especially in the south and east of the country.
A particularly difficult situation has developed in the Donbass, where oil refineries and warehouses often fall under shelling.

"Thus, explosions, fires or flooding of affected areas contaminate water, air and soil with dangerous substances that can remain in the environment for decades," says Greenpeace spokesman Lukasz Grabeck.

According to Ukrainian ecologist Oleksiy Angurts, several attacks on industrial facilities and leakage of hazardous substances have been recorded in the Severodonetsk and Kharkiv regions.. He says that the estimated release of pollutants from bombing and shelling of oil storage facilities since the beginning of the war has already exceeded 290 thousand. tons: this is the amount of pollutants a large metallurgical plant emits in a year and a half.
At the same time, polluted air is not only a problem for Ukraine, it can "travel" to neighboring countries as well.

Soil pollution is a serious problem. In addition to a fire, an exploding grenade or projectile will cover the place and surroundings of the explosion with heavy metals. However, the soil is poisoned not only by them. For example, a fuel leak from a hit or mobile military equipment contaminates it with oil products.

"In the future, all the toxic substances in the soil could end up either directly in food or in the food chain," Chernokhova said.

Ukrainian agriculture and farmers face another danger: in many places it is impossible to farm or harvest grain due to unexploded mines and ammunition.

"Ukraine is called the breadbasket of the world, so the war will be very painful for some of the poorer countries where there is a real threat of famine, " she added.

Ukrainian experts in environmental monitoring and air quality Maxim Soroka and Oleksiy Angurets are part of the team preparing the methodology for assessing and calculating the damage from the Russian invasion.
However, according to Maxim Soroka, it is important not to single out crimes against the environment in some special category, because these are "crimes against humanity."

He considers this part of the genocide of the Ukrainian people.