Day of Dignity and Freedom: flash mob "Yellow Ribbon" will be held in Ukraine 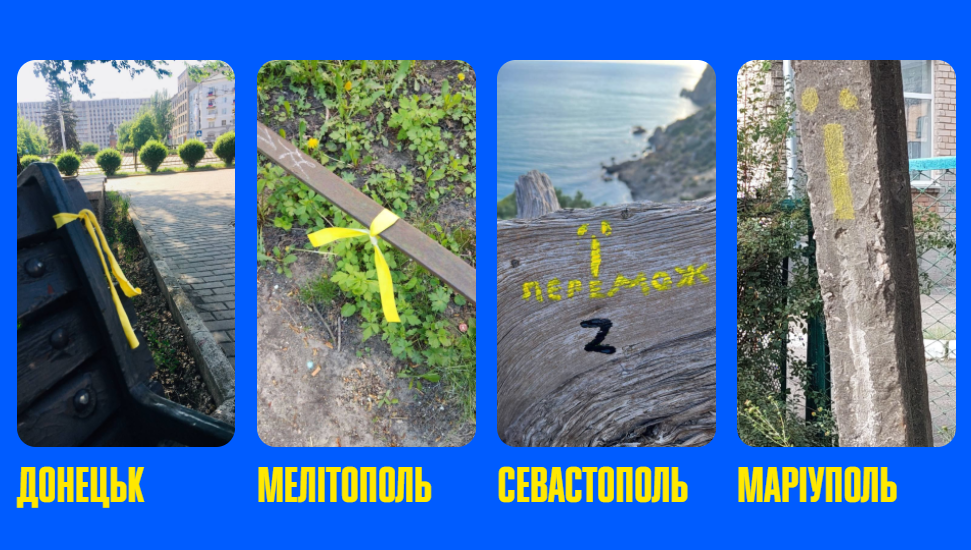 Today, November 21, Ukraine celebrates the Day of Dignity and Freedom. This public holiday is dedicated to two revolutions (the Revolution of Dignity and the Orange Revolution), which became crucial in the history of our country and strengthened the national identity of Ukrainians.
On this day, Ukrainians and the entire democratic world are called upon to tie a yellow ribbon, post a photo with it and the #Yellow Ribbon hashtag on social networks in order to support resistance in the occupied territories.

This is reported in a press release from the Yellow Ribbon civil resistance movement, which arose in the spring of 2022 in Kherson almost immediately after it was captured by Russian troops and quickly spread to other occupied territories, in particular in Berdyansk Energodar, Lugansk, Novaya Kakhovka, Crimea and the occupied cities of Donbass.

"Despite the constant threat to life, abductions and torture, activists continued their underground protest. Pro-Ukrainian posters and graffiti appeared on the streets of cities, and a yellow ribbon was tied on fences, trees and even buildings of the occupation administrations as a symbol of resistance to the Russian occupation. The activists not only offered informational resistance, but also thwarted one of the attempts to hold a pseudo-referendum in the Kherson region in the spring of 2022," the release says.

The activists noted that the "Yellow Ribbon" in the Kherson region had a happy ending - on November 11, the Ukrainian army liberated Kherson and the entire right-bank Kherson region.

"However, about 20% of the territory of Ukraine remains occupied. Brave Ukrainians continue to resist there," the statement says.

As a sign of support and gratitude to all those who did not break under Russian pressure, on the Day of Dignity and Freedom, the Yellow Ribbon community calls on the whole world to join the flash mob.

"We call on the whole world to support the courageous people who express disobedience to the occupation. On November 21, tie a yellow ribbon on your clothes or place it on your doors, balcony, fence, office as a sign that you support Ukrainians in the temporarily occupied territories and support their desire for freedom,” said one of the coordinators of the resistance movement.