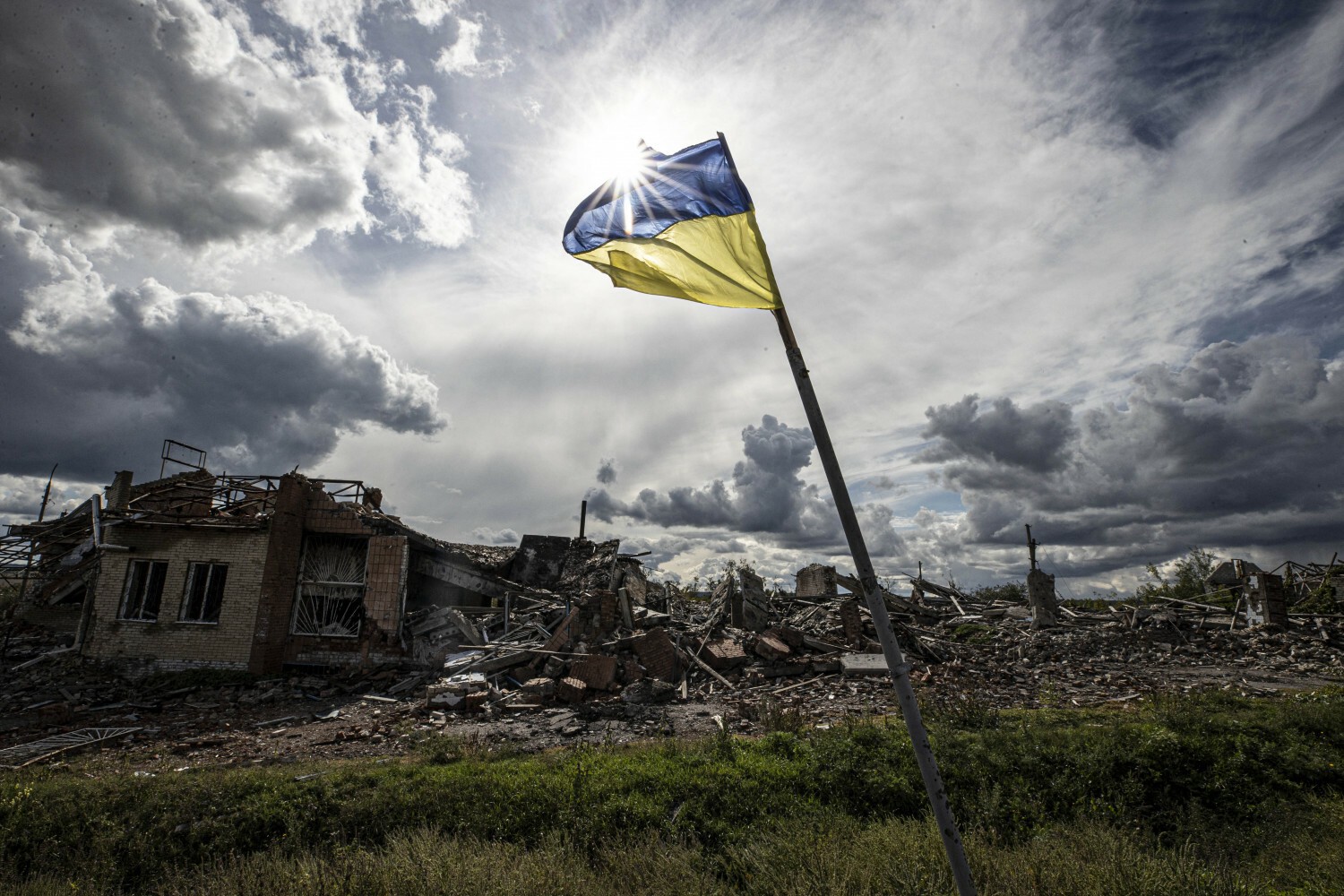 These are the results of a survey conducted within the framework of the project "Assessment of the damage caused by war crimes of the Russian Federation in Ukraine." 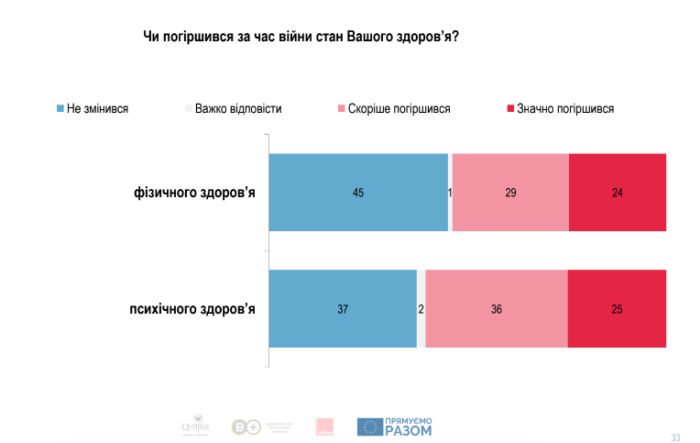 From September 15 to 19, sociologists polled 2,000 Ukrainians aged 18 and older in all regions, except for the temporarily occupied territories of Crimea and Donbass, as well as territories where at the time of the survey there was no Ukrainian mobile communication. The results were taken into account using the latest data from the State Statistics Service of Ukraine, and the study sample is representative in terms of age, gender and type of settlement.
Thus, residents of the de-occupied and front-line territories, war zones, older people reported a deterioration in health,
the less well-off, those who had to be separated from their families, and those who lost loved ones in the war. 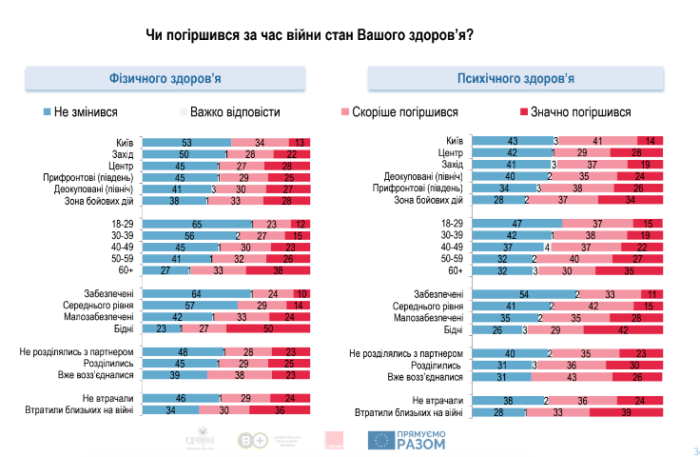 Among the total number of respondents: 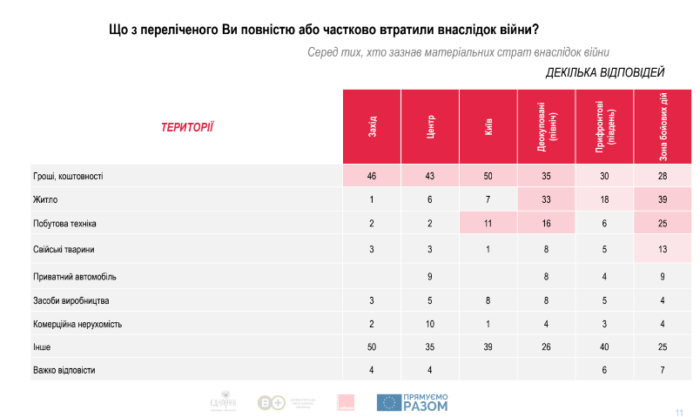 About a quarter of those surveyed changed their place of residence in Ukraine during the full-scale invasion of Russia, and most of all among those living in the war zone* - 64%, as well as in Kyiv - 42%.

A third of those leaving home have already returned, 9% of the displaced are planning to return in the near future, and 15% are still waiting. Another third intend to return, but only when the war is over.

Only 6% do not plan to return at all. Half of those who left during the war have already returned to the de-occupied settlements. 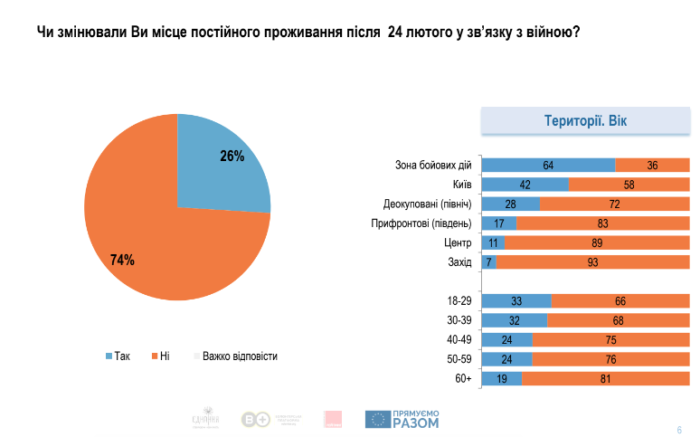