62,000 Mariupol residents will remain without heating in winter 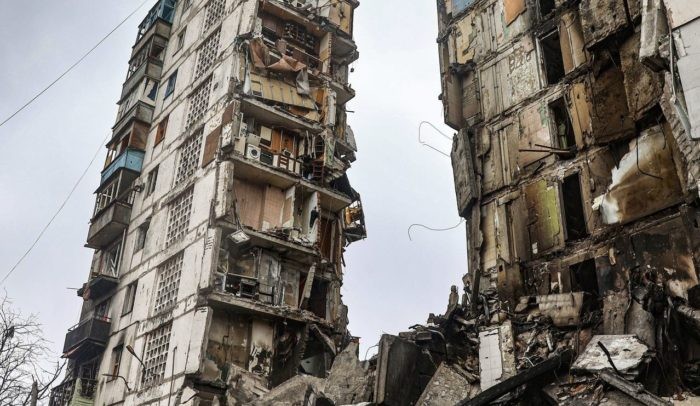 At least 62,000 citizens will be forced to live in temporarily occupied Mariupol without heating this winter, Petr Andryushchenko, adviser to the mayor of Mariupol, said.

The Russians said in the summer that they planned to open heating points in tents in Mariupol.

Now they say they will open a hundred mobile boilers that will run on diesel fuel.

“Ignoring the fact that the city still has problems with conventional fuel, and even assuming that there will really be 100, a maximum of 100-200 houses will receive heat according to the optimistic scenario,” says Andryushchenko.

The mayor's adviser shared his calculations on exactly how many people in Mariupol will not receive heat this winter.

“The maximum loaded 9-storey building with 4 entrances is 144 apartments, an average of 432 people. 432 people for 150 houses = 64.8 thousand people. Today, there are an average of 130,000 Mariupol residents in the city, plus 15,000 civilian occupiers, plus 1,500 military occupiers. Total = 146.5 thousand people and fanatics. It is clear that the Russians will definitely warm up their kafirs. This means that out of 64.5 thousand purely Mariupol residents, 48 thousand people or 36.6% of the population will remain. Even if another 20,000 live in private homes (actually less), then at least 62,000 people will be without heating in winter,” the official says.

The humanitarian situation in occupied Mariupol is called catastrophic. The problem with access to food and water has existed there almost since the beginning of the invasion, however, despite this, the Russian military does not allow Ukrainian humanitarian cargo to pass, and those that managed to be delivered were stolen and sold to Mariupol residents or passed off as Russian aid.