40 days after the terrorist attack in Yelenovka: the relatives of the prisoners still do not know the exact number of those killed 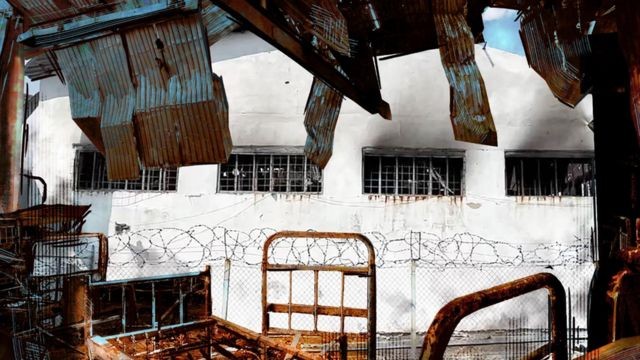 40 days have passed since the terrorist attack in Yelenovka, where Ukrainian prisoners of war were killed and injured, but their relatives still have not received any answers to the question about the condition of their loved ones and the timing of their release.

This was stated during a briefing by relatives of Ukrainian prisoners of war held in a colony in Yelenovka.

According to international experts and criminologists, people were blown up from the inside, as evidenced by the first videos and photos from the scene of this tragedy.

"The defenders of Azovstal, whom the enemy could not overcome in battle, he tortured and vilely and cruelly killed. But the proper reaction of the civilized world to this crime has not yet happened.. For 40 days there has been no reaction,” said the mother of the prisoner of war, Natalya Kravtsova.

In addition, Kravtsova stressed that this attack was also directed against native Ukrainian fighters, who have been in an information vacuum for 40 days about the fate of their loved ones.. She added that they all "live each in their own personal hell, dying every day," because there is no information about relatives today.
In turn, the wife of the captured "Azov" and the head of the NGO "Women from Steel" Natalia Zaritskaya stressed that, contrary to the norms of international humanitarian law, representatives of the International Committee of the Red Cross were not allowed to see the Ukrainian prisoners of war.

According to her, the tragedy in Yelenovka shed light on the catastrophic situation with the prisoners.. She stressed that Russia "puts on barbaric spectacles, demonstrating its impunity and contempt for the generally accepted rules of coexistence."

“We call on the UN to apply really effective and urgent mechanisms for investigating the terrorist attack in Yelenovka, as well as to force Russia to comply with the norms of international humanitarian law. Today, not a single norm of the Geneva Convention on the treatment of prisoners of war is being implemented by Russia,” Zaritskaya said.