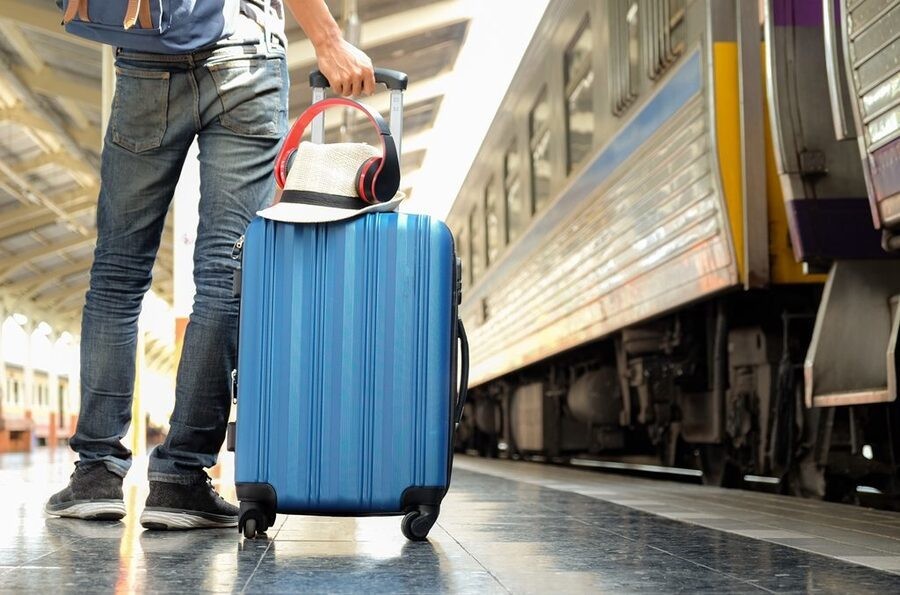 17% of Ukrainians who left their homes because of the war have already returned from abroad, according to the results of the ninth wave of the Gradus Research survey (from September 9 to 11).

At the first opportunity, 62% of Ukrainians want to return. This is 7% more than in the previous wave of the study (August 25-28). 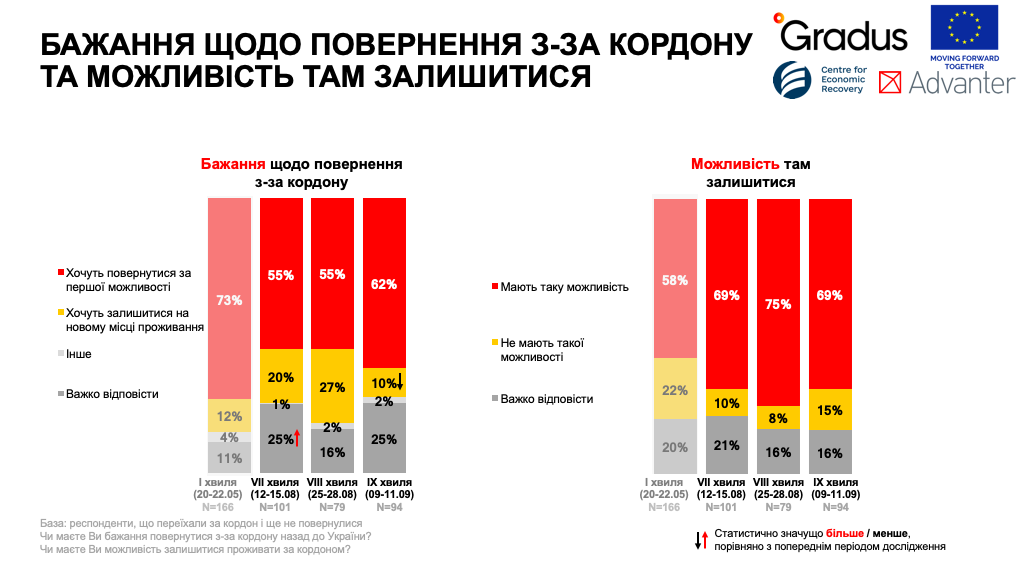 In addition, the percentage of those who want to stay abroad has dropped sharply. At the end of August, there were 27% of such people, and now it is only 10%.
More Ukrainians began to feel safe all the time or most of the time (32% versus 27%). Migration processes are influenced by rational factors, such as having a paid job, but also by emotional factors - a successful counteroffensive
APU, say the researchers. 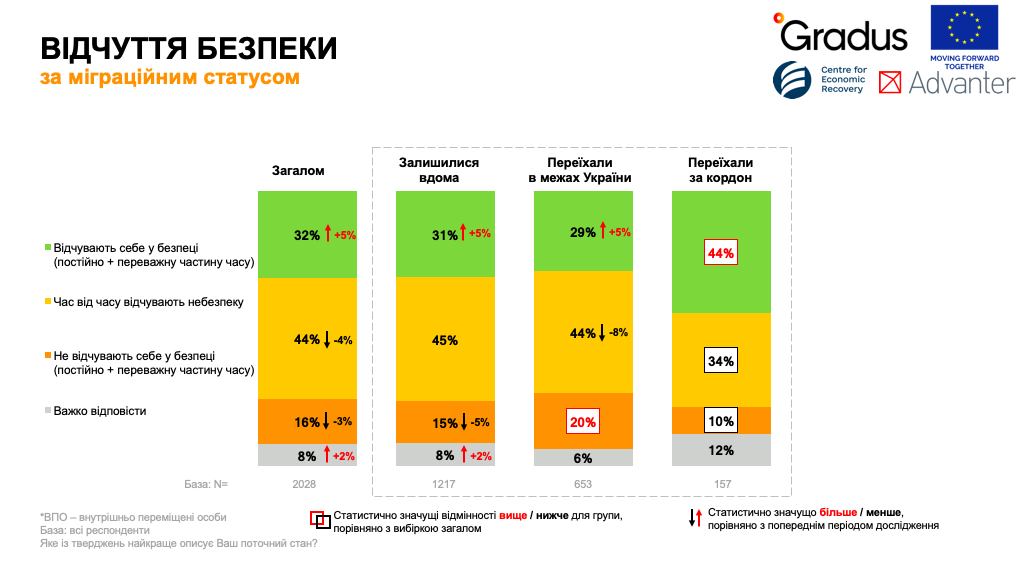 60% of respondents believe that Ukraine will be able to build a strong economy and become a member of the European Union. 57% are sure that the state
rebuild after the war or compensate for the cost of restoration. 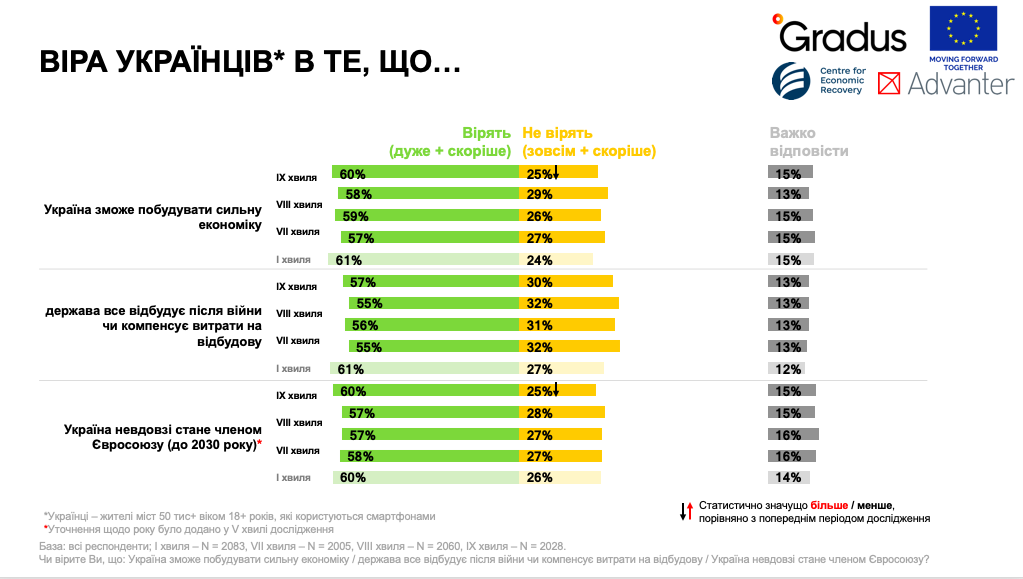 Trust in state and public institutions remains high. The top is still the Armed Forces of Ukraine (62%), the president (44%) and volunteers
organizations (28%). At the same time, trust in international organizations (by 4%) and in the media (by 2%) increased compared to the end of August. 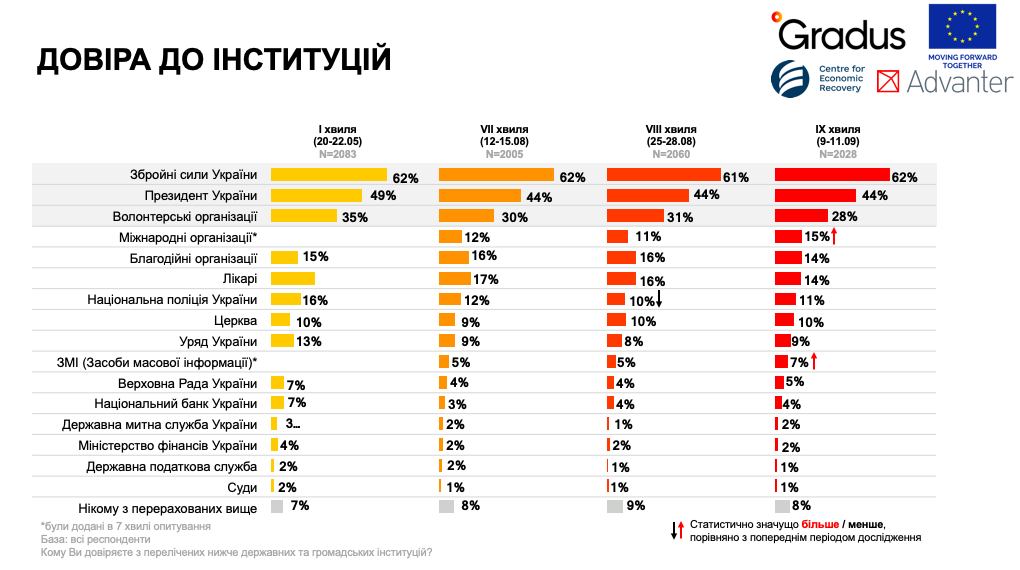 The actions of the authorities are assessed as effective or rather effective by 65% of the respondents (in the previous wave there were 61% of them). 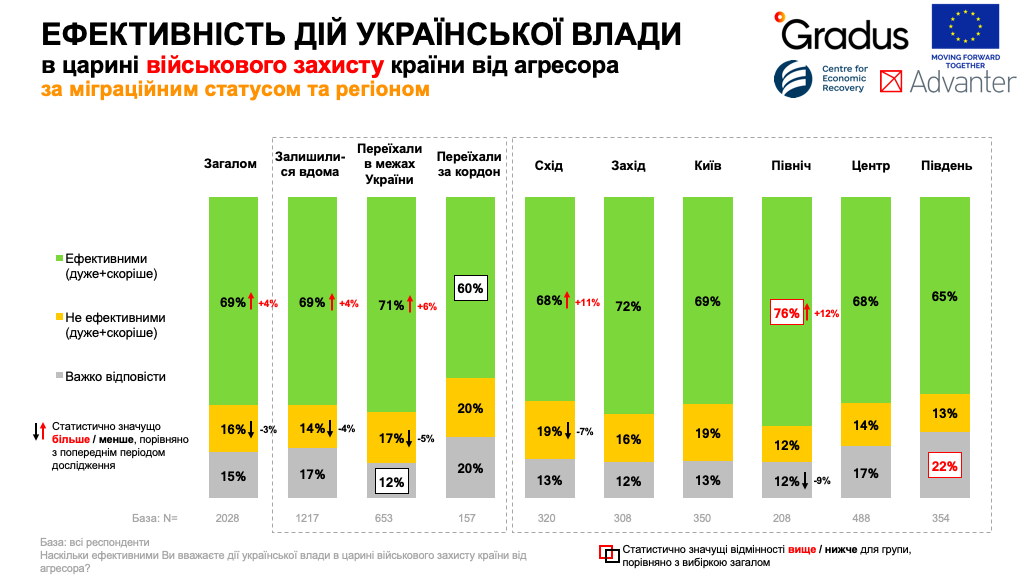