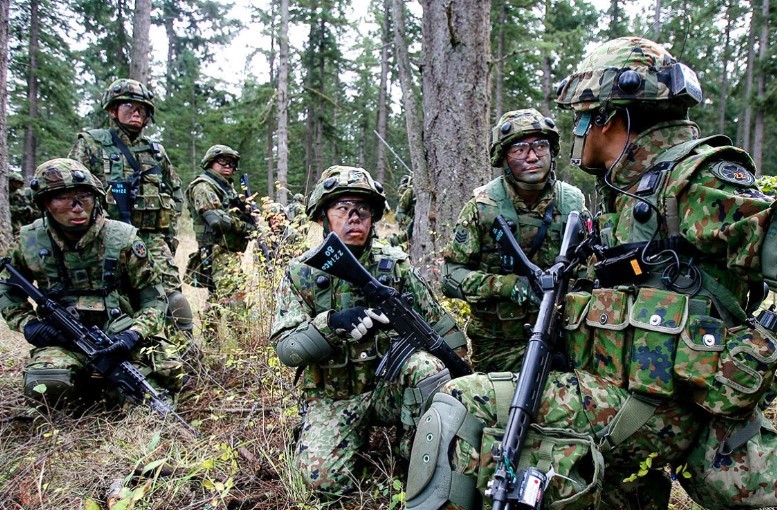 Japan's parliament is set to approve the biggest increase in national defense spending since World War II, writes Bloomberg.
Now Japan's defense budget is about 5.4 trillion Japanese yen ($39.5 billion). The government of Prime Minister Fumio Kishida expects to double these costs in 5 years. According to estimates by the Stockholm International Peace Research Institute (SIPRI), Japan will be in third place in this indicator, behind only the United States and China.
The agency notes that Tokyo is concerned about security issues due to the war between Russia and Ukraine, the aggravation of the situation around Taiwan and the increased frequency of missile tests in North Korea.. In addition, these countries (Russia, China and North Korea) have nuclear weapons and the three largest armed forces in the world with a total of 5.5 million people, so their neighborhood is becoming increasingly dangerous.

At the same time, the Japan Self-Defense Forces, which are prohibited from having an army under the Constitution, number about 231,000 people. Now the country's authorities are looking for ways to increase their numbers, as well as raise the salaries of military personnel.

In early August, during Chinese exercises near Taiwan, at least five PRC ballistic missiles fell in Japan's economic zone. This happened for the first time. Japan's Defense Minister Nobuo Kishi said that China poses a "serious problem" to the country's national security. And Premier Kishida warned that the island was at the forefront of a standoff between China and the United States, and unforeseen circumstances in the Taiwan Strait would have "enormous consequences" for Japan.

The Land of the Rising Sun has traditionally kept its defense budget at around 1% of gross domestic product, relying on the US "nuclear umbrella" to support its own capabilities under a pacifist constitution. But now the situation has changed and the costs will increase.