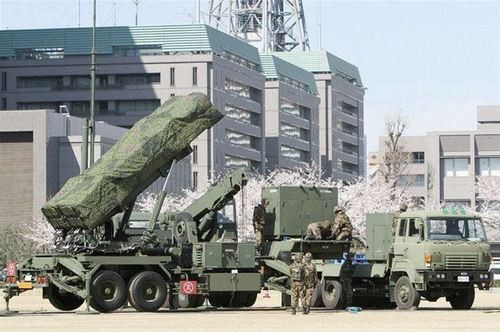 Japan intends to adapt its guided surface-to-air missiles to intercept hypersonic weapons being developed by China and Russia.

It is reported by Kyodo News with reference to the Japanese government.

It is noted that it is planned to begin mass production of the remanufactured Type-03 medium-range guided missiles before FY2029 after updating the software for their launchers until FY2026.

As a senior Self-Defense Forces official noted, Japan, with its current missile defense capabilities, finds it difficult to intercept hypersonic weapons designed to travel in unpredictable trajectories at five times the speed of sound.

According to him, the destroyers of the Japan Maritime Self-Defense Force Aegis, equipped with Standard Missile-3 interceptors, have the task of hitting incoming missiles in the external atmosphere.. If they fail to intercept them, the Air Self-Defense Force's Patriot Advanced Capability-3 ground interceptors counter the attack on the lower level.

It is reported that Type-03 missiles with a range of tens of kilometers were adopted by the Japan Self-Defense Forces in 2003 to intercept aircraft.. These missiles were first redesigned in 2017 to deal with cruise missiles flying at low altitudes at high speeds.

The new upgrade is expected to improve the Type-03 missiles' ability to predict the flight path of hypersonic weapons, as well as their detection and tracking using radars.