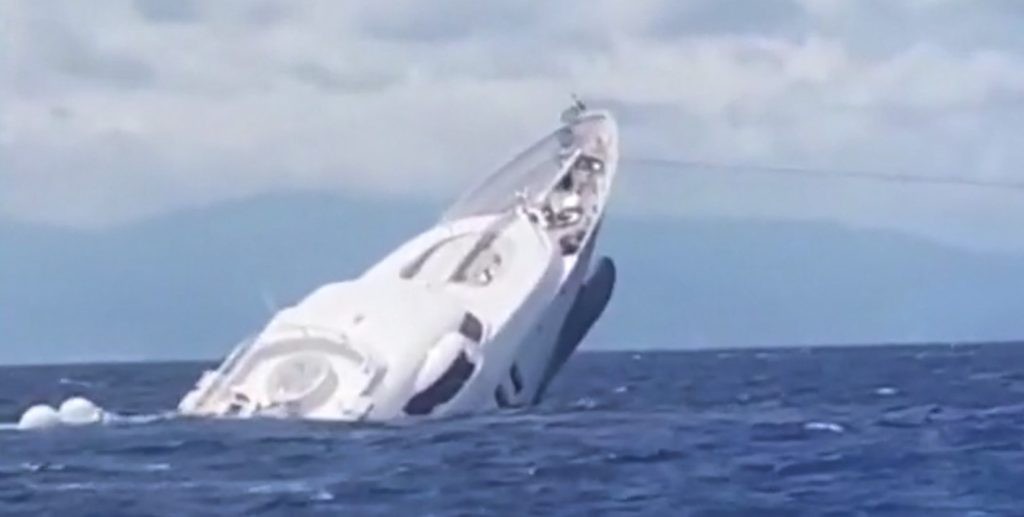 In northern Italy, the 40-meter yacht of the Russian oligarch Gennady Ayvazyan, co-owner of the Kuzbassrazrezugol holding and chairman of the board of directors of Krutrade, sank.
The ship sailed from Gallipoli in western Turkey to Milazzo on the northern coast of Sicily.

The crew reported water intrusion through the stern early on August 20, after which the Coast Guard was sent to My Saga. The rescue vessel tried to tow the yacht ashore. However, during transportation, weather conditions worsened and the yacht sank.

During the rescue operation, the vessel was partially flooded and listed to starboard.. All crew members rescued, oh injured
not reported.
At 39.4 meters, My Saga was the largest yacht built by Monaco Yachting and Technologies in 2007. According to the SuperYacht Times,
the yacht was purchased in 2022. Italian media believe that the ship cost Ayvazyan at least $50 million.
Gennady Ayvazyan avoids publicity. His name was featured in a money laundering scandal involving the Estonian branch of Swedbank. Suspicious transactions totaling $6 billion passed through it in the interests of legal entities controlled by Russians and immigrants from post-Soviet countries.
Swedish SVT and Estonian newspaper Postimees found out that Ayvazyan was one of the owners of Carbo One, which used Swedbank accounts to withdraw $1.58 billion from Russia.