Meeting of two dictators: Putin and Lukashenko are negotiating 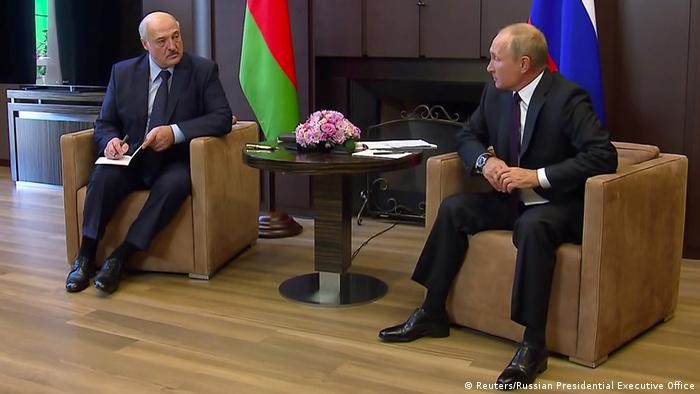 In St. Petersburg, talks are underway between the President of the Russian Federation Putin and the formal leader of Belarus Lukashenko. Formally, the meeting is held on the occasion of the 30th anniversary of the establishment of relations between Russia and Belarus.

As Lukashenko said during the talks, Belarus believes that "blocking transit" to the Kaliningrad region through Lithuania is a declaration of war.

“Lithuania is the same. Recently, there has been a growing flow of information about their plan to stop transit from Russia through Belarus to Kaliningrad, to isolate Kaliningrad. Well, listen, this is akin to declaring some kind of war already, this is unacceptable," he said.

In addition, during the talks, Vladimir Putin said that Russia would hand over the Iskander-M to Belarus in the coming months. TASS writes about it.

“Over the next few months, we will transfer Iskander-M to Belarus, which, as you know, can use both ballistic and cruise missiles, both in conventional and nuclear versions. I propose to instruct the Ministry of Defense and the Chief of the General Staff to work out all the details related to this," Putin said.

It should be noted that Lukashenka has been on a visit to Russia for several days. Informal talks with Putin also took place on June 23 and 24.

Recall that Lukashenka warned Ukraine against attacks on Russia.

It was also reported that Lukashenka threatens to attack the west of Ukraine.