The Vatican dedicated a charitable silver coin to Ukraine 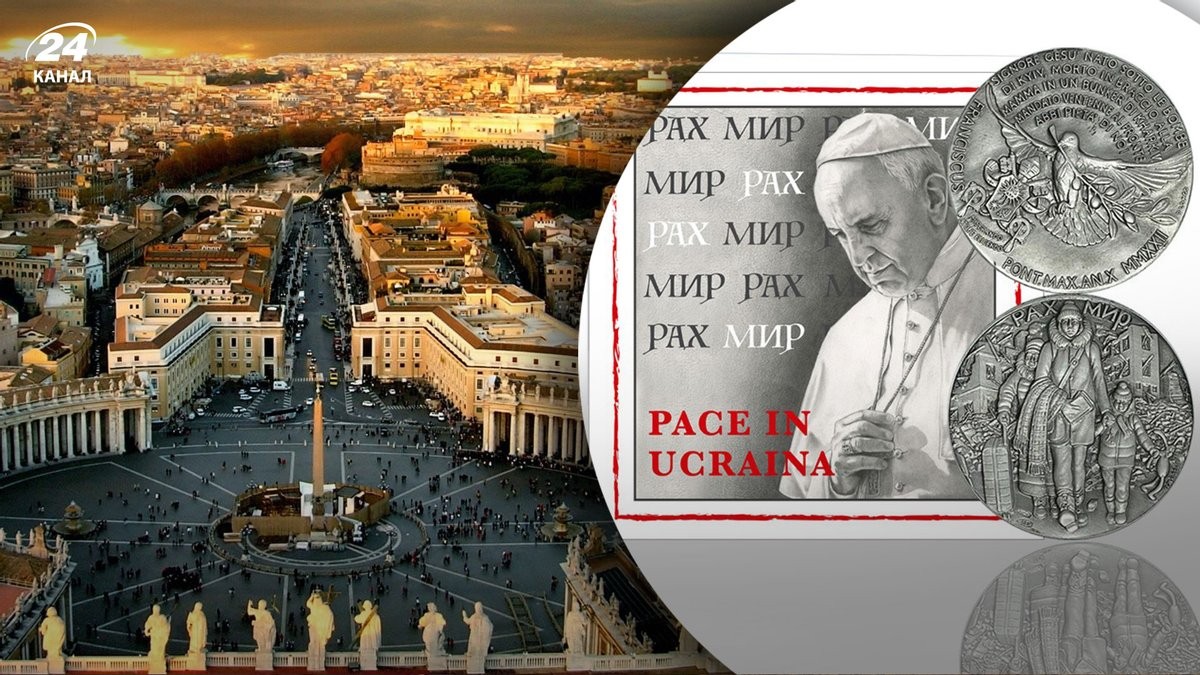 For the first time in history, the Vatican Mint issued a medal for charitable purposes. Its main theme is peace in Ukraine. The presentation of the Papal charitable silver coin to help Ukraine was held in one of the largest Papal palaces - Palazzo della Cancelleria. This was announced on Saturday, July 2, by the Ministry of Foreign Affairs of Ukraine on Facebook.

Guests of honor, representatives of embassies to the Holy See and artists of the Kharkov Opera and Ballet Theater were invited to the presentation. 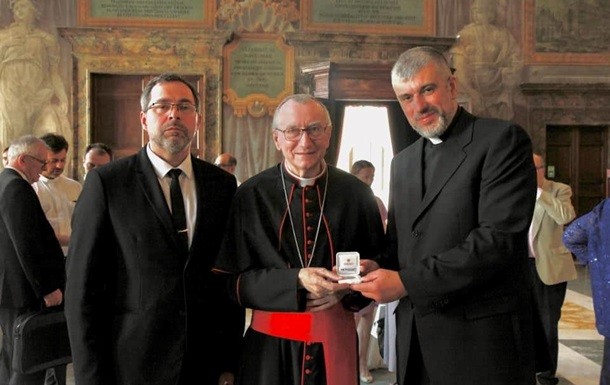 "The funds received from the sale of the medal, which costs 50 euros, will be directed to the initiatives of Pope Francis to help the Ukrainians affected by the war," the Foreign Ministry said.

In turn, Vatican News said that the two sides of the coin are the fruit of the work of artists Orietta Rossi and Daniela Longo.. The reverse (reverse side of the coin) depicts three female figures fleeing from a city destroyed by bombing, over which is written "PAX - MIR" in Latin and Cyrillic.

On the obverse, that is, the front side of the medal, there are: a dove of peace, the coat of arms of Pope Francis, part of the prayer that the Pope said at the end of the general audience on March 16, 2022: "Lord Jesus, born under the bombing of Kyiv, twenty years old to the front, have mercy on us."

The head of the Mint, Mauro Olivieri, who initiated the production of the medal, explained that the three female figures on the reverse represent three generations: a young mother in the foreground, next to her elderly mother with a suitcase, and a daughter holding a teddy bear in her hands. 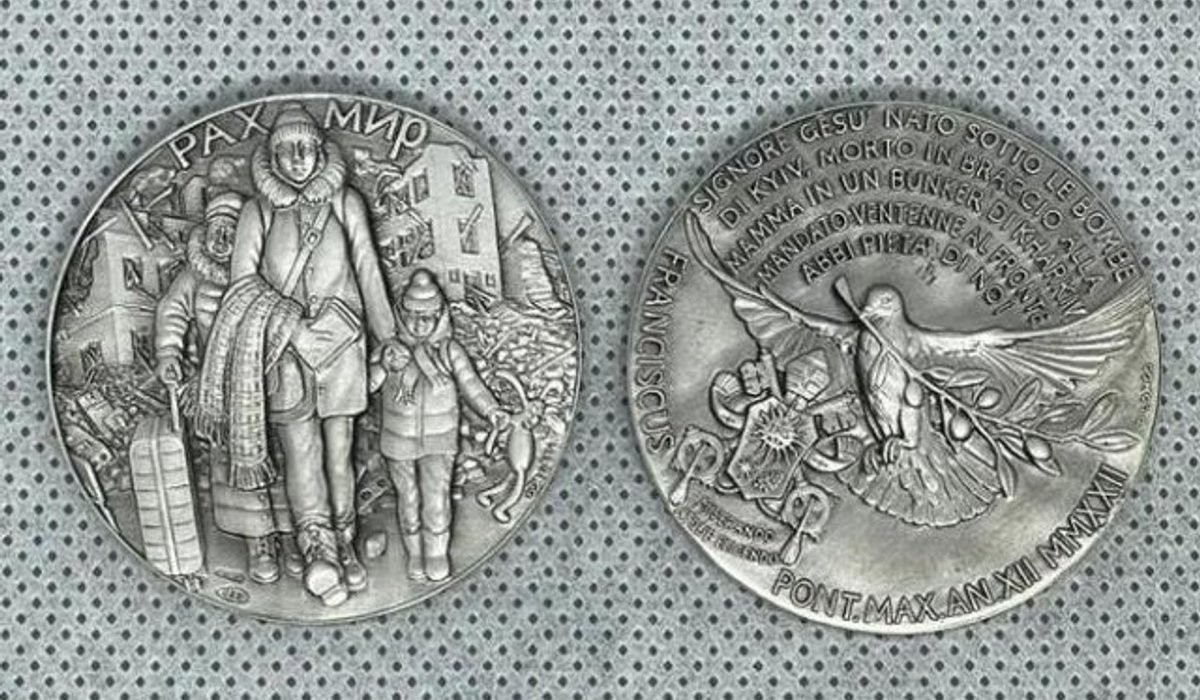 "The figure of a woman exudes great dignity, she comes from a situation of annihilation and is directed towards us, prompting the responsibility that we, as individuals and as countries, have towards these people, and above all towards the people who suffer most from wars", Olivieri said.

It is known that three thousand copies were previously released, but the circulation will be increased to five thousand.