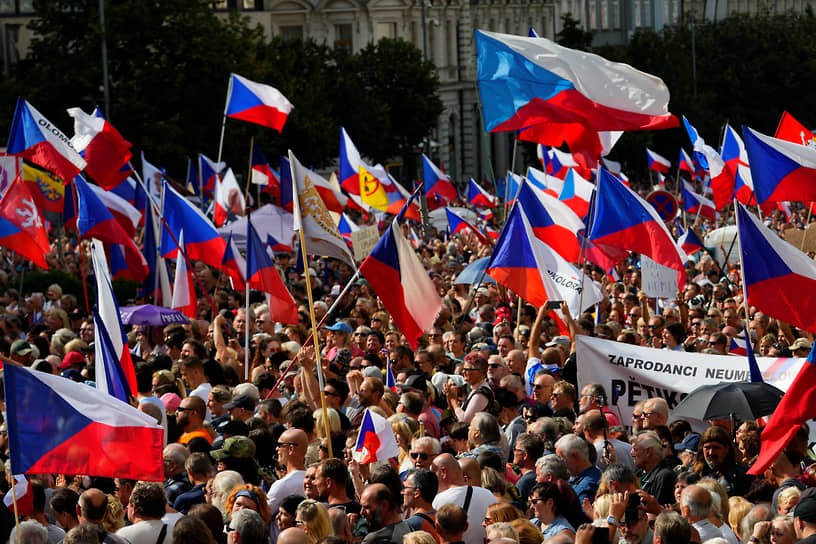 In the center of Prague on Saturday, September 3, a mass rally was held, in which about 70 thousand people took part. They demanded to stop the supply of weapons to Ukraine and start a dialogue with Russia. This is reported by Ceske Noviny.

"The gathering on Wenceslas Square is peaceful, and we have not yet had to solve any serious problems," the Czech police said.

It is noted that some of the protesters brought posters against the EU, NATO, Czech Prime Minister Petr Fiala, the Green Deal for Europe and against the government's refusal to cooperate with Russia.. We also managed to meet stands and flags of the Communist Party of the Czech Republic, as well as the Eurosceptic Tricolor movement.

The protesters' demands are for the government to resign and for their experts to be allowed to negotiate the purchase of gas and oil.

"The Czech Republic needs a Czech government. The government of Fiala may be Ukrainian, perhaps Brussels, but certainly not Czech,” said Zuzana Maierova Zagradnikova, head of the Tricolor.

It requires the government to reduce taxes, lift sanctions against the Russian Federation and stop the supply of weapons to Ukraine.

Fiala reacted to the rally and stated that the demonstration was initiated by forces that declare their pro-Russian position and oppose the interests of the Czech Republic.

Earlier it was reported that the Czechs send 1968 crowns to support Ukraine, thus drawing a parallel between the occupation of Czechoslovakia in August 1968 and the Russian invasion of Ukraine in 2022.. The Czechs raised almost $1 million for the Armed Forces of Ukraine.