A large-scale anti-LGBT rally was held in Istanbul 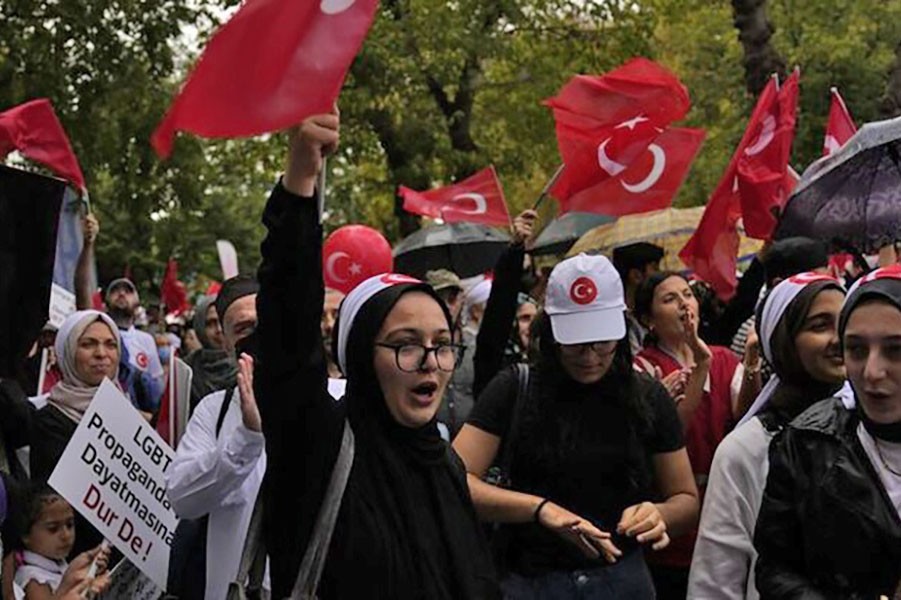 In Istanbul, a protest rally called the “Big Family Gathering” took place in Istanbul, people demanded that the government shut down and ban the activities of LGBT organizations.

It is reported by the Associated Press News agency.

Kursat Mikan, one of the organizers of the action, said that the participants collected more than 150,000 signatures to demand that the Turkish parliament pass a new law that should ban what they call “LGBT propaganda that permeates Netflix, social networks, art and sports.

The demonstrators also held a banner reading: "Protecting the family is a matter of national security."

LGBT prides have been banned in Turkey since 2015, with Turkish officials calling LGBT people "perverts" who seek to harm traditional family values..

Representatives of ILGA Europe, an international association of lesbian, gay, bisexual, trans and intersex people dedicated to the human rights of LGBT people, tweeted that they were concerned about the growing risk of violence against minorities. The Amnesty International office in Turkey declared violations of the principles of equality and non-discrimination.