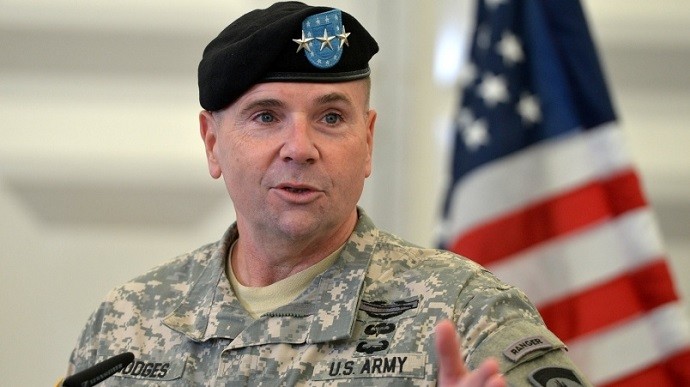 The former commander of the US Army in Europe, General Ben Hodges, called for starting to prepare for the collapse of the Russian Federation for a number of reasons and to reduce the geopolitical consequences of this process.

Hodges reports this in The Telegraph.

He noted that the leadership of Russia is experiencing a crisis of confidence, and the weaknesses of the Russian Federation shown during the war with Ukraine are likely to lead to the beginning of the end.. The collapse of a country that spans more than 120 ethnic groups may initially be gradual, but may become something uncontrollable.

More details: General Ben Hodges added that there are at least three factors that could lead to the collapse of the Russian Federation.

Firstly , this is a drop in internal trust in the Russian army, which has traditionally been the basis of the legitimacy of the Kremlin.. Russian men, once seduced by military salaries, avoid mass recruitment. This has exacerbated the disproportionate recruitment of ethnic minorities from Chechnya and other countries in remote regions - groups most easily exploited as cannon fodder. According to the general, if the Chechens, for example, decide to start another war for independence, Putin will not find the military resources to fight them. The lack of response from the leadership will lead to a series of similar uprisings across the country.

Secondly , the Russian economy, due to the loss of energy markets, which previously compensated for the lack of modern industry in Russia, will not be able to support a population of 144 million. dollars.

Russia also relied on the export of weapons, but no country is now interested in buying such weapons: "even in Russia, the well of stoicism has its limits."

The third factor is the sparse population of Russia relative to the territories that the country has.

“These figures make it difficult to achieve civic solidarity in the best of times, but now that the mother country is in a weak position, any sense of national identity can quickly deteriorate.

Taken together, these dilemmas constitute a very serious challenge to the West.. If you do it wrong, we may face a crash. Our failure to prepare for the last collapse of russia some 30 years ago and the resulting internal problems in russia probably led to the presidency of Putin. We can't risk being unprepared a second time."