In Poland, a Belarusian and a citizen of the Russian Federation are tried for espionage in favor of Russia 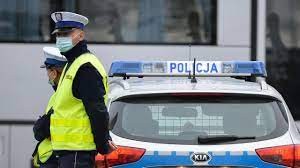 Poland has filed an indictment against a Russian and a Belarusian who are accused of spying for Russia.

This was announced by the press secretary of the District Prosecutor's Office in Warsaw, Alexandra Skrzynyazh, in a commentary to the Polish edition of PAP on Wednesday, January 4.

"According to the materials collected by the Military Counterintelligence Service and during the investigation, it was established that they took part in the activities of the Russian military intelligence to collect information about Poland's military facilities critical for defense, and also received information about the combat capability, morale and functioning of military units, including during the period of the threat, with the subsequent transfer of the information received to the aforementioned intelligence service,” the official said.

Two foreigners are charged with conducting espionage activities for the benefit of Russian military intelligence from 2017 until the moment of detention in April 2022.

The investigation found that both defendants legally resided in Poland.. A citizen of Belarus, while studying at one of the universities of Bialystok, and then organizing parachute training, established comradely relations, which he used in his activities in the interests of the GRU of the Russian Federation. The Russian carried out espionage activities in the interests of Russian intelligence under the guise of engaging in cultural activities and tourism.

Polish prosecutors found that the espionage activities of the defendants were focused on military units located in the north-eastern part of Poland.. The spies were interested in the number of military personnel performing tasks in the border area, the structure of units, the use of special equipment, the morale of the troops and operational capabilities, the interaction of military units stationed in northeastern Poland with the troops of other NATO countries.

Both defendants have been in custody since their arrest in April.