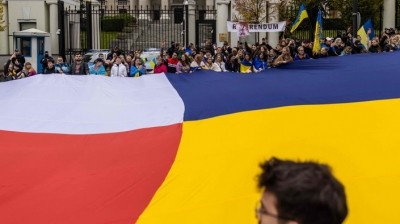 Facebook users in Lithuania have begun to massively face blocking for messages and comments about the war in Ukraine, which is why the problem is already being considered at the level of government departments.

This is reported by the public broadcaster LRT.

On December 16, Deputy Minister for Communications Agne Vaiciukeviciute met with representatives of the department of the company Meta, which is responsible for the segment of the social network in the Baltics and Poland, and expressed concern that users are often punished for expressing support for Ukraine.

Also, a separate meeting of the National Security and Defense Committee of the Seimas of Lithuania was held on this topic, where the specialized organization debunk.org shared its observations, which analyzed the reasons for blocking. According to its head Viktoras Daushkas, the words "Muscovy" (in Lithuanian - "Moskalia") and "Muscovites", "Putin's zombies", "Russian killers", "katsaps", "orcs" become the reason for the ban.. We also know about cases of blocking pages of fundraising initiatives in support of Ukraine.

Among other things, the mayor of Vilnius, Remigius Simasius, was banned for one day for his post-explanation that "Muscovy" is a historical term.. "This is absolutely correct, but the algorithms perceived the word as prohibited content and blocked it," Daushkas comments.

He noted that with the obvious tendency to block pro-Ukrainian users, it does not seem that the statements of the other side are somehow limited.

The most striking case in Lithuania was the life-long blocking of the Praeitis zalakas page with 200 thousand subscribers, where they talked about Russian aggression and organized meetings in support of Ukraine. Page admins have created a new one, gradually regaining their audience, and have already begun to receive new warnings - for example, for "arms trafficking". According to the expert, one of the factors of the problem may be an erroneous automatic translation from Lithuanian into English, which significantly distorts the content in the original language.

They also recorded a case of a user being banned for an aggressive response to a post by a pro-Russian account that “you need to find a sniper to deal with Zelensky,” but the post itself with a call for an assassination attempt was not blocked.

In some cases, blocked users did not use any trigger words. For example, a pro-Russian user wrote a comment that "the whole of Lithuania is sitting in this shit", and blocked for 30 days the person who replied to this: "So leave here, why are you staying here." Another was blocked for the phrase "great nation of great barbarians." One of the users received a 30-day ban for a picture in which a Ukrainian woman beats a Russian soldier with a bouquet. It is virtually impossible to appeal any account restrictions.

The head of the Seimas committee stated that Lithuania would take measures to change this situation.

"This looks like anti-Ukrainian censorship, and we want to do everything possible to prevent this from happening again... The executive authorities have already invited Meta representatives to Lithuania, we will also invite them to parliament, there will be both political and technical discussion," commented Laurynas Kaschunas.

In his opinion, the discussion should also be taken to the international level, because similar trends are known in Latvia, Estonia, Poland, Slovakia, and Bulgaria.

Meta representatives are scheduled to come to Vilnius in January 2023.