Investigative journalist sentenced to 13 years in prison in Belarus 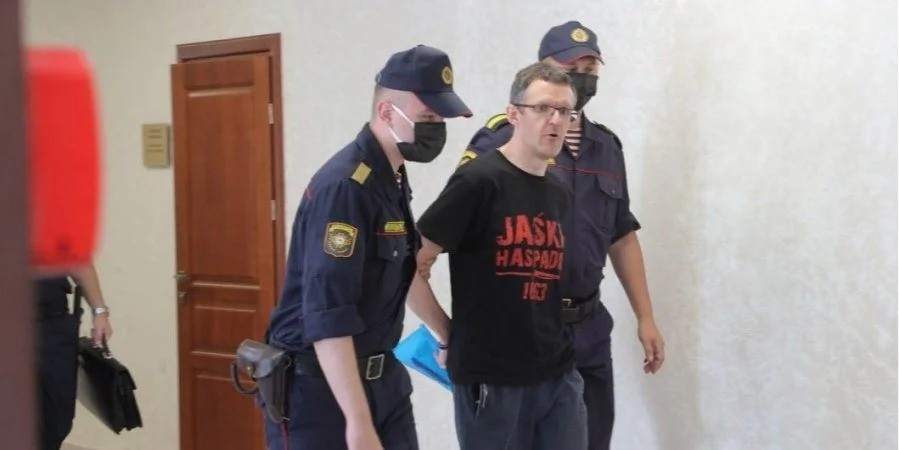 Denis Ivashin, a journalist with the Novoye Vremya newspaper and the international community InformNapalm, was sentenced to 13 years and one month in prison in Belarus.

This decision was made by the Grodno regional court, the Viasna human rights center reports.

Ivashin's sentence will be served in a penal colony under a reinforced regime. The court also fined him 4,800 rubles.

In addition, Ivashin, who has been behind bars for a year and a half, must pay moral compensation to nine victims - 2,000 rubles each..

Ivashin was charged under article 365 (interference in the activities of an internal affairs officer) and part 1 of article 356 (high treason) of the Criminal Code of Belarus.

The trial lasted a month behind closed doors, as the process "considered data constituting a state secret." On September 12, Ivashin delivered his last word, but the public could not hear him, because the whole process took place behind closed doors.

Ivashin was charged after the publication of an investigative article on the InformNapalm website and in the Novoe Vremya newspaper. He told how journalists identified former employees of the Ukrainian special forces Berkut, who participated in the dispersal of Belarusian protests in the ranks of the Belarusian OMON. The Belarusian KGB security service accused Ivashin of collaborating with Ukrainian intelligence.

The international organization Committee to Protect Journalists (CPJ) called the charges against the journalist trumped-up and called for the immediate release of him, as well as other representatives of the press imprisoned by the regime of President Alexander Lukashenko.

"CPJ deeply shocked by Denis Ivashin's 13-year imprisonment. The charges against him appear to be completely fabricated and aimed at terrorizing independent journalists and preventing them from continuing their work in Belarus,” said Carlos Martínez de la Serna, program director for CPJ in New York.

“The announced so-called verdict is a personal revenge on Denis Ivashin for his principled position in life, his journalistic activities and investigation. The "verdict" really shows how much Lukashenka and his entourage fear and hate independent truthful journalists and Denis personally," Olga Ivashina, the journalist's wife, told CPJ.