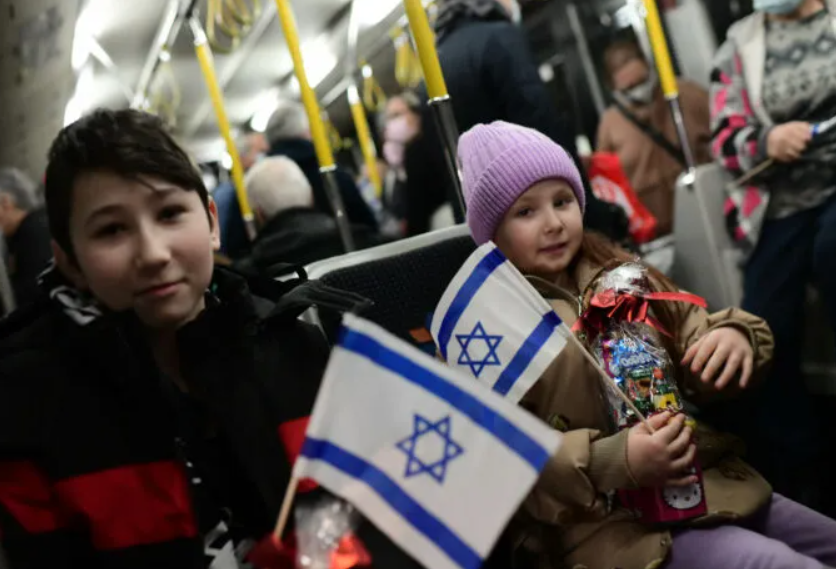 In 11 months of 2022, about 70,000 people from 95 countries moved to Israel. Almost 40,000 Jews moved to Israel from Russia alone.
The YidInfo portal writes about this with reference to the data of the Jewish Agency for Israel "Sokhnut".

Last year only 28,600 immigrants repatriated to Israel. In 2022, the number of Jews who moved from other countries set a record for the last 23 years.

During the period from January to December, 37,364 people came to live in Israel from Russia, another 14,680 from Ukraine and 1993 from Belarus. Immigration from these countries skyrocketed after the start of the war in Ukraine.

After the Russian invasion in February, the Jewish Agency launched an operation to rescue Ukrainian Jews, which was unprecedented in scale, notes YidInfo.. The agency set up special centers to accommodate Jewish immigrants and offer them housing, food, medical care and entertainment for children.

"It has been a dramatic year that has highlighted the value of mutual responsibility among the Jewish people. The Jewish Agency managed during this year to "rescue thousands of Jews in Ukraine and bring them to a safe harbor in Israel," said Doron Almog, chairman of the Jewish Agency Sokhnut.

The descendants of Jews have the right to obtain Israeli citizenship under the repatriation program; the Sokhnut agency helps them organize this process.. Most of all, Jews of the younger generation came to Israel - about 24% under the age of 18 and about 27% from 18 to 35 years old.

"The tens of thousands of olim (immigrant Jews - TMT) who arrived in Israel this year will help strengthen Israeli society and become a significant growth engine for the Israeli economy," Doron Almog said.

In Russia, the Ministry of Justice demanded the liquidation of the Sokhnut office. The department accused the organization of violating Russian laws, without explaining exactly what claims it had. While the court hearings were postponed several times. The dissatisfaction of the authorities was caused by the “brain drain”, wrote the BBC Russian Service, citing sources familiar with the document.
Presidential spokesman Dmitry Peskov said that the claims against the "Sohnut" were not connected with the "brain drain".

Even without taking into account several tens of thousands of Russians who moved to Israel, the number of citizens who left Russia is huge. Alfa-Bank estimates that around 1.1 million people may have left the country in the first nine months of 2022.