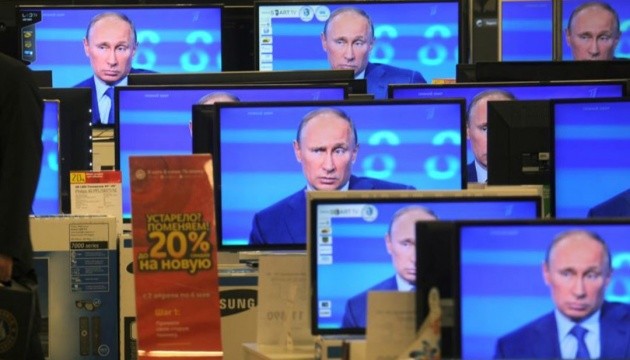 Kremlin propaganda this week, through foreign speakers and the media, has been spreading yet another fake news. This time, in particular, about the "uselessness" of the support of Ukraine by the United States of America.

This was reported by the Center for Counteracting Disinformation under the National Security and Defense Council.

Thus, the co-founder of the Pink Floyd group R. Waters, in an interview with CNN, accused US President Joe Biden of "not trying to persuade Ukrainian President Vladimir Zelensky" to sit down at the negotiating table with Russia. The singer also added that allegedly NATO "provoked" Russian dictator Vladimir Putin to go to war with Ukraine.

In addition, American journalist B. Swann insists that US citizens "are paying for 'democracy' in Ukraine in vain" and alleged sanctions against the Russian Federation "do not work."

The American Conservative also published material by expert D. Bendow, known for his rhetoric consonant with Russian propaganda, in which he notes that Zelensky’s calls to recognize Russia as a state sponsor of terrorism allegedly “only complicate negotiations with the Kremlin.”

The National Security and Defense Council explains that against the backdrop of the successes of the Ukrainian military, the enemy is trying to temporarily "freeze" the conflict, forcing Ukraine to sit down at the negotiating table on favorable terms for Moscow.

Recall that recently Russian propagandists began to spread fakes that the shelling of the Kakhovka HPP by the Armed Forces of Ukraine could create a nuclear catastrophe.