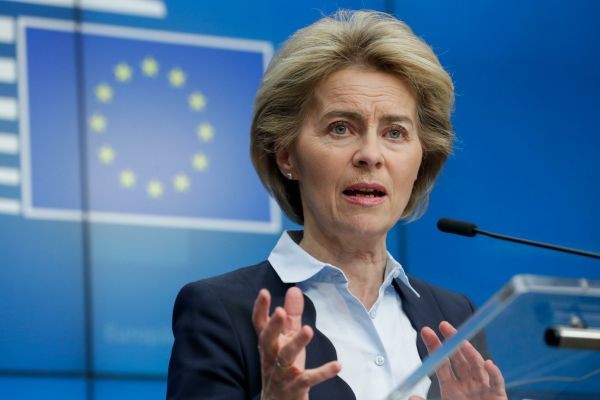 The draft EU legislation introduces for the first time mandatory targets to reduce the demand for electricity consumption and sets a "revenue cap" for energy companies making windfall profits from the energy crisis.

This is stated in the details of the proposal of the European Commission, which saw the publication Euractiv.

The income cap is the centerpiece of a draft EU regulation on emergency measures to stabilize the electricity market, which is expected to be unveiled in the coming weeks by the European Commission.

It will be discussed at an extraordinary meeting of EU energy ministers on Friday.

"The Commission is proposing a limit of 200 euros/MWh for so-called 'inframarginal' power generators," says the proposal for renewables, nuclear power and lignite, which have low operating costs and benefit most from high gas prices .

Producers of renewable and nuclear electricity receive "huge profits from the crisis". These revenues do not reflect their production costs.. Therefore, it is time for consumers to reap the benefits," European Commission President Ursula von der Leyen explained the day before.

"We will offer to redirect these windfalls to Member States so that [they] can support vulnerable households and vulnerable companies," she added.

The proposed revenue cap is complemented by unprecedented measures to reduce demand for electricity.

While the first target is aimed at the general public, "the mandatory target is directed more specifically at consumers who can provide flexibility by offering demand reduction on an hourly basis," the Commission's draft says.

To achieve this, EU countries are encouraged to consider "market-based activities such as auctions or tender schemes," which could include "financial incentives or compensation to market participants," the draft says.

It is noted that the initial reaction to these proposals was positive.